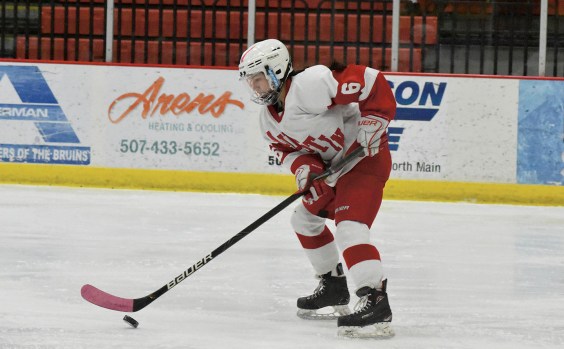 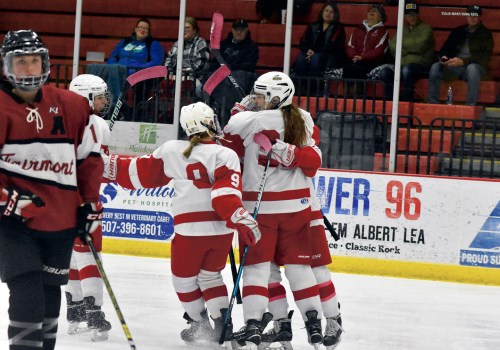 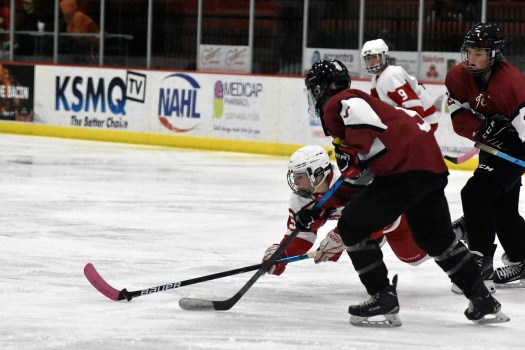 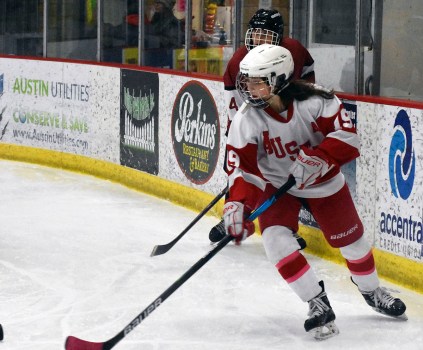 Austin's Megan Schultz closes in on the puck. Rocky Hulne/sports@austindailyherald.com

The Austin girls hockey team brought its energy on defense as it beat Fairmont (7-12-2 overall) 2-0 in Riverside Arena Monday.

The Packers (12-10 overall) took a 1-0 lead in the second period when Sarah Wangen scored a goal and senior Kate Holtz iced the game when she drilled a deep slap shot mid-way through the third period.

Holtz and the Packers were able to outshout the Cardinals 17-9 in the final period of what was a closely contested game.

“We’re a lot more conditioned than we were earlier in the year. We want to push through whatever tiredness we could have. We want momentum going into the playoffs,” Holtz said. “We realize that we’re getting down there (on the schedule) and the girls are like family. We’re trying to get as much rest as we can on the off days and then we work hard.”

The Packers have now shut out three opponents this season, but sophomore goalie Kyia Radford Garcia felt some pressure late as Austin had to kill a late Fairmont power play.

“I wanted it really badly, but I was so scared in those last couple of minutes,” said Radford Garcia, who finished with 27 saves. “I’m so proud of all of the girls. From the first period, all the way to the third period, they really worked their butts off.”

“We want to make this the year that we can go to state,” Radford Garcia said.