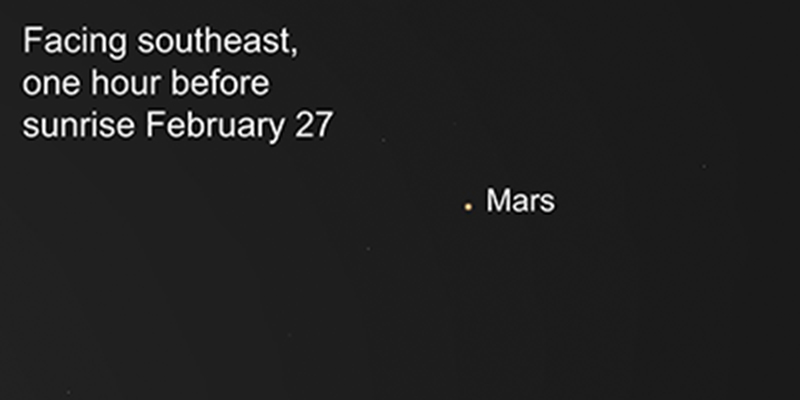 All month long, the knot of bright winter constellations occupies center stage in the south during the prime early evening viewing hours. This grouping boasts five stars that rank among the top ten brightest in the night sky: Sirius (No. 1), Capella (No. 6), Rigel (No. 7), Procyon (No. 8) and Betelgeuse (No. 10). 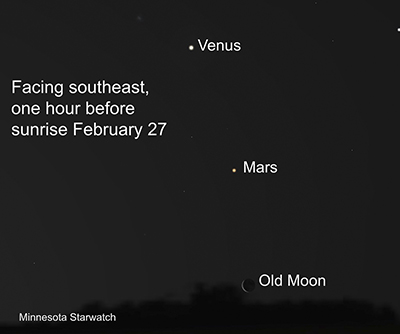 At nightfall Sirius shines from Canis Major, the big dog, while above and slightly to the east twinkles Procyon, in Canis Minor, the little dog. Both are near neighbors of the sun, so no wonder they appear so bright. Sitting atop the stellar panoply, Capella, in Auriga, the charioteer, is four times more distant than either Sirius or Procyon. But the two stars in Orion—Betelgeuse, at his right shoulder, and Rigel, at his left foot—hold their own against the others despite being more than 10 times farther away than even Capella.

In the morning sky, brilliant Venus, in the southeast, spends much of the month climbing toward much dimmer Mars. A waning moon passes Spica, the brightest star in Virgo, the maiden, between the 20th and 21st and visits Antares, the heart of Scorpius, on the 24th. On the 27th, Venus, Mars and an old crescent moon stack up with Mars in the middle. To see all three, look to the southeast just as dawn starts to break.

On Groundhog Day we get a hint of spring. The day was first celebrated as the astronomically based Celtic holiday Imbolc, or lamb’s milk, and heralded the start of the lambing season. It was one of four cross-quarter days falling midway between a solstice and an equinox. 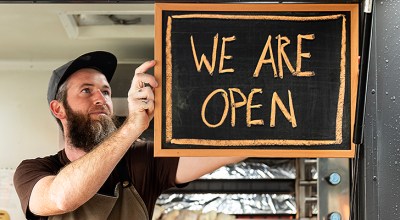