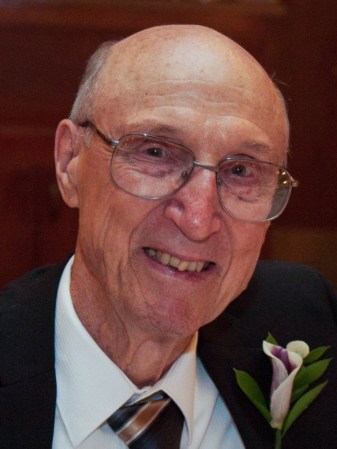 Kenneth Wayne Wurzburger, 87, passed away January 25, 2022 at Good Samaritan Society, New Hope where he resided for the last 3 months. He was previously at The Glenn Hopkins since moving from Austin, MN in 2019.

Ken was born in Melvin, Illinois to Wayne and Margaret Wurzburger. Following high school, he enlisted in the Army and was stationed in Heidelberg, Germany in G-2 Intelligence.

In 1957, he returned to Illinois and starting farming. In 1962, Kenneth married Ruth Helms. Following the birth of their second daughter in 1967, the family moved to MN where he purchased a farm near Austin, which he worked before retiring in 1999.

Ken served on the Brownsdale Coop Elevator Board of Directors; was a member of American Legion Posts in Hayfield and Austin, the Brownsdale Lion’s club. Over the years he attended Our Lady of Loretto church in Brownsdale, St. Edwards and St. Augustine Catholic churches in Austin.

Funeral will be held on Mon. Feb. 7 at 10 am at Holy Family Church in St. Louis Park, MN. Interment is at Fort Snelling National Cemetery.