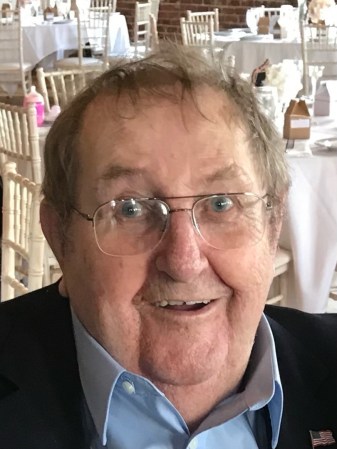 John Albert Anderson, age 87, of Austin, Minnesota, passed away on Wednesday, January 5, 2022 at his home in Austin. John was born on December 24, 1934, in Austin, Minnesota, to Albert and Florence (Andersen) Anderson. He graduated from Austin High School in 1953. Following graduation, he enlisted in the Army. John was united in marriage to Lois Gaul on April 1, 1966, in Austin. Over the years he held various jobs in the Austin area and retired as a bus driver from Rochester City Lines in 2010. Together John and Lois enjoyed many great fishing trips. He will be dearly missed by all who knew and loved him.

John is survived by his son, Scott (Ellie) Anderson of Bena, Minnesota; daughter, Lynda (Dean) Harrington of Cottage Grove, Minnesota; five grandchildren; and 3 great-grandchildren. He was preceded in death by his wife, Lois; parents, Albert and Florence; infant daughter, Robbie; two sisters; and one brother.

A private family graveside service will be held at Fort Snelling National Cemetery, Minneapolis, where John will be laid to rest with his wife, Lois. Services are prearranged and performed by Worlein Funeral Home of Austin. Condolences may be expressed to the family online at www.worlein.com.