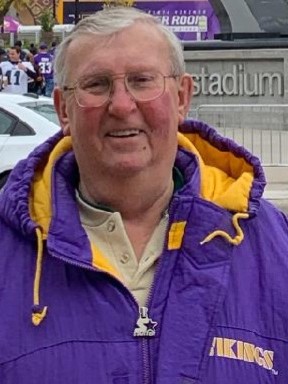 Donald Henry Julifs, 76, of Rochelle, passed away suddenly on Saturday, January 22, 2022, in Rochelle, Illinois. He was born in Fort Dodge, Iowa on February 16, 1945, to Claus and Hannah Julifs.

Don was raised on a dairy farm in Adams, Minnesota. After finishing his education, he proudly served in the Marine Corps and did a tour in Vietnam. Following his military service, Don worked for Del Monte in Rochelle, Illinois for several years and then worked at the Byron Nuclear Plant until his retirement in 1999.

In his spare time, Don loved woodworking, working on anything mechanical, and watching and participating in all kinds of sports. He was a man of few words, yet people listened when he had something to say.

He was preceded in death by his parents; brother, Dean; and brother-in-law, Cliff McClure.

At Don’s request, there will be no visitation or service. Cremation care has been provided by the Unger-Horner Funeral Home in Rochelle, IL. A private burial in Minnesota will take place at a later date.