Cougars edge out Packer girls in showdown between top teams 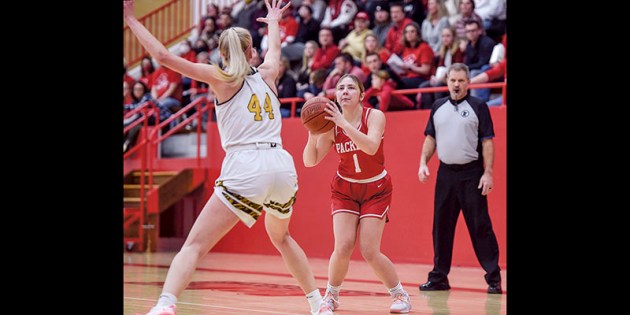 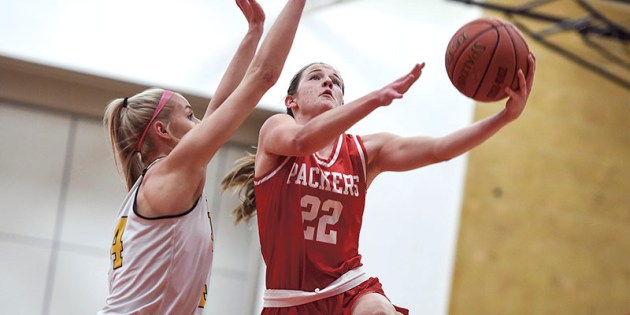 Austin’s Oliva Walsh heads in for a lay-up against Mankato East Thursday night during the first half in Ove Berven Gym. Eric Johnson/photodesk@austindailyherald.com 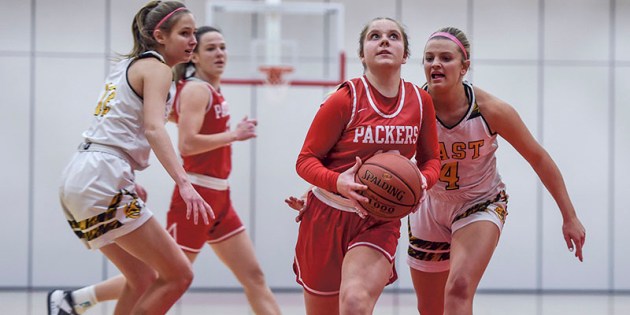 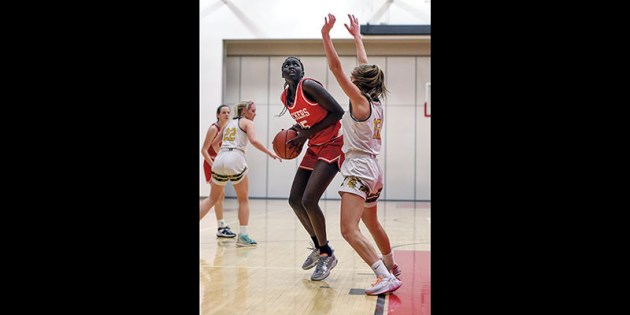 Austin’s Kiru Othow Turns to shoot against the defense of Mankato East’s Ellie Edberg during the first half Friday night in Ove Berven gym. Eric Johnson/photodeks@austindailyherald.com

The No. 1 ranked Austin girls basketball team came up a couple of plays short as it suffered its first conference loss of the season against No. 2 Mankato East 62-59 in a packed house in Ove Berven Gym Friday.

Peyton Stevermeyer nailed two straight free throws in a one-in-one situation to put the Cougars up 62-59 with 15 seconds left in the game, leaving Austin with one last chance. Ruby Kvam set up Olivia Walsh for a good look at a game tying three-pointer, but the hurried shot fell short as time expired.

“Their defense is so tight and it’s tough to find gaps. It’s hard to get shots off against them,” said Walsh, who finished with 24 points, seven rebounds and two blocks. “We haven’t had a lot of last possession games, so we were able to work on our clock management. I knew I had to shoot it, but I really wasn’t too confident with it. My feet weren’t balanced.”

It was a back and forth affair throughout the second half, but the Cougars grabbed a 60-56 lead with 2:30 left in the game.

Austin’s Hope Dudycha scored her first points of the game on a three-point play to bring the Packers within 60-59 with 1:12 to go, but she fouled out while going for a steal with 32 seconds left.

Mankato East led throughout much of the first half and it took momentum into the break as sophomore Macy Birkholtz drained a three-pointer to make it 33-26 with eight seconds left in the frame. Austin nearly had an answer, but Cassidy Shute’s follow-up three-pointer came about a half second too late. Austin immediately erased the halftime deficit in the first three minutes of the second half as Emma Dudycha hit a runner and Walsh connected on a three to tie the game at 33 with 15:38 left in the game.

The Cougars scored the first seven points of the game, but Austin responded with a 12-3 burst to go up 12-10 after Cassidy Shute knocked down a three on a dish from Reanna Schmitt.

East also used a burst to go up 48-43 when Mackenzie Schweim hit a three with 8:35 left in the game.

“We can’t give up 7-0 runs and we gave up one in each half,” Austin head coach Eric Zoske said. “Against a good team like East, you have to bite and claw to come back. We did come back, but they hit a lot of big shots. I have a lot of respect towards Macy (Birkholtz) and (Mackenzie) Schweim. These were two good teams. You hope for a better ending, but you can’t be upset about what happened.”

If Austin (14-2 overall) and Mankato East (11-3 overall) both win out, the best the Packers can do is tie for their first Big Nine title since 2004. East and Austin have now split the regular season series.

“We’re just taking it one game at a time,” Walsh said. “Hopefully we win everything from here on out. We’re going to come back stronger.”

Walsh gave the Packers strong play on both ends of the floor and Schmitt added 12 points and nine rebounds for Austin.

“Olivia is super athletic and she showed that tonight,” Zoske said. “Reanna was matched up against Lexi Karge, who is one of the better post players around and she held her own.”