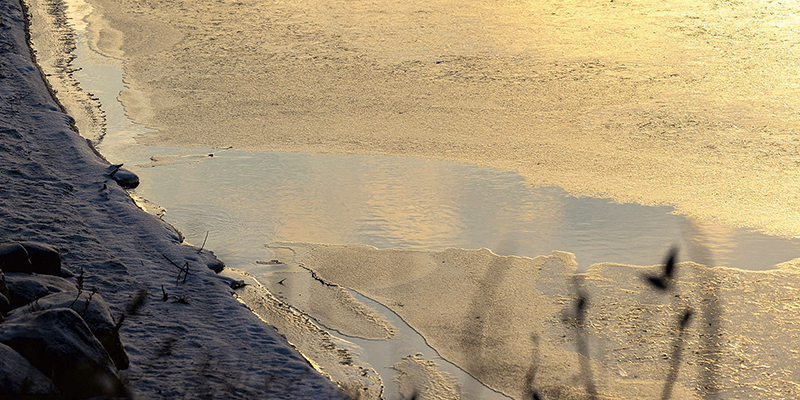 As seen on Island Lake north of Duluth, climate change is causing ice on some popular recreation lakes to form later and thaw earlier, which is taking a toll on the local economy and Minnesota traditions.Derek Montgomery for MPR News 2021

More than a dozen cities around the state — from Moorhead and Rochester in greater Minnesota, to St. Louis Park and St. Paul in the Twin Cities metro area — plan to pass resolutions this week and next declaring climate emergencies. They will also call for increased action from the state and federal governments to combat the climate crisis.

The effort is spearheaded by a coalition called the Minnesota Cities Climate Caucus, a group of climate-concerned local officials from around the state that began mobilizing last year.

The goal was two-fold: to share best policy practices and to increase their voice at the state level, getting more support for local efforts to curb climate change, said Larry Kraft, a St. Louis Park city council member who organized the group.

“The vision was, if we’re able to get cities from all parts of the state together to simultaneously say, ‘Look, we’re doing stuff. We want more support, and we want to do more locally,’ that it would have more power. That we’d get more visibility and have more say by working together,” Kraft said.

The group drafted a template, whose language Kraft said cities have tweaked in order to reflect their priorities.

What they have in common, though, is a recognition that the impacts of climate change continue to mount and that action is needed quickly at all levels of government to stave off the worst consequences.

“Last summer, we had an unprecedented June heat wave. We saw air quality issues that kept even healthy people indoors as a result of fire-fueled air quality problems in July, and we were approving water restrictions at this council as a result of climate disruption and climate change that it is high time we all face up to,” St. Paul council member Jane Prince said this week, when the council unanimously approved the resolution.

The cities’ actions follow in the footsteps of Minneapolis, Duluth and the tiny township of Crystal Bay along the North Shore of Lake Superior, which had already passed similar resolutions in the past few years.

While several cities approved new resolutions this week, Kraft estimated about a half dozen plan to take it up next week, including Grand Rapids in northeastern Minnesota, which is expected to approve a resolution at its Monday meeting.

“On top of that, outdoor tourism and recreation are a pillar of the local economy in Grand Rapids,” she said in an email. “Polluted waters, shorter winter recreation seasons, less time with frozen lakes for ice fishing — that hurts us. It makes sense to start preparing and taking action now to save our taxpayers money later.”

But to do that, cities need help from the state and federal government, according to Lola Schoenrich, a vice president for the nonprofit Great Plains Institute, which is helping to facilitate discussions among the coalition members.

That’s because cities often don’t have control over how their electricity is generated, she said, or that an interstate carrying gas-guzzling vehicles may run through their borders, increasing their greenhouse gas emissions.

“They’re interested in getting more … financial resources from the state, but also technical assistance and programs that can help them … to be able to do the things they aspire to do,” Schoenrich said. “Because especially the smaller cities have limited staff capacity, so money isn’t the only thing they need.”

The cities hope that message resonates this year at the state legislature, which begins its next session in a couple weeks.