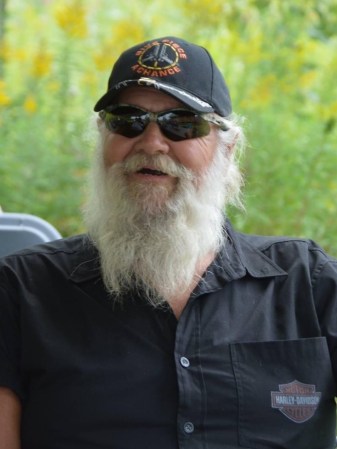 Terry Allen Unverzagt, age 65, of Austin, Minnesota, formerly of Dexter, Minnesota passed away on Saturday, December 18, 2021, at Mayo Clinic Health System Austin. Terry was born October 2, 1956, in Austin, Minnesota, to Roland and Beverly (Andrews) Unverzagt. He was baptized and confirmed at Zion Lutheran Church in rural Dexter, Minnesota. Terry graduated with the class of 1975 from Southland High School in Adams, Minnesota. Terry was a jack of all trades and had various trucking jobs over the years. He worked for Osmundson’s Sand and Gravel in Adams, Minnesota, then started his own business called Terry’s Scrap and Recycling. He then worked for McFarland’s Trucking in Austin and most recently for L&B Manufacturing in Sargeant, Minnesota. His hobbies included scrapping, riding his Harley, hunting, camping, and spoiling his puppy, Harley. His fiancé Kathy was the love of his life. He will be missed by his family, including his grandchildren who he loved dearly.

A funeral service will be held at 11:00 a.m. on Thursday, December 23, 2021, at Zion Lutheran Church in rural Dexter, Minnesota. Visitation will take place from 4:00-8:00 p.m. on Wednesday, December 22, at Worlein Funeral Home Chapel in Austin and will continue for one hour prior to the service at the church on Thursday. Interment will be at Zion Lutheran Cemetery, rural Dexter. Worlein Funeral Home of Austin is assisting the family with arrangements. Condolences may be expressed to the family online at www.worlein.com.