Senior leaders step up in win for Superlarks 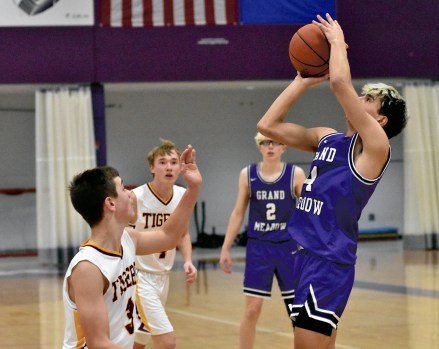 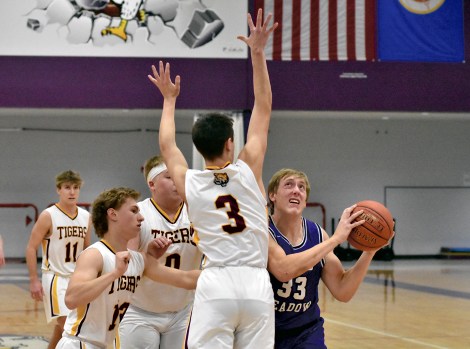 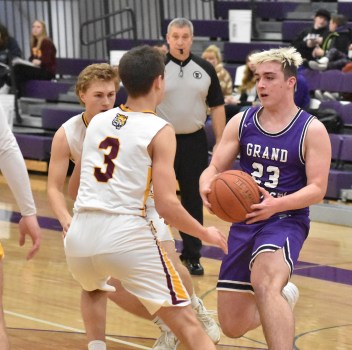 GRAND MEADOW — The Grand Meadow boys basketball team leaned on the play of its two veterans as it led from wire-to-wire in a 65-47 win over Medford (0-6 overall) in GM Tuesday night.

The Tigers tried to slow GM down with a two-three zone, but GM senior guard Taylor Glynn put up 23 points, four rebounds and three assists to pace his team and keep them in front throughout. Glynn three triples, and he also set up his younger teammates as Connor Munson, who had 11 points, and Jace Kraft, who had 10 points, each hit two threes.

“With the zone, we had some good ball movement,” Glynn said. “Seeing some shots go in is going to build the confidence of those young guys for the varsity game. I think it’s a burden of leadership for Roman and I. We’ve got to be big leaders since we’re the only guys coming back from last year’s team. We’ve got to keep this thing rolling.”

Warmka finished with nine points and 12 rebounds and he threw down a breakaway two-handed jam to give the Superlarks momentum in the first half.

“Roman is huge,” Glynn said. “I can feed it to him, and he’s got great eyes. He can get the ball to guys on the perimeter or he can make a move by himself.”

While Warmka was controlling the paint, Glynn was running the point for GM (5-3 overall), which opened the game on an 11-2 run.

“Taylor spaces it out and he does everything that we need from a perimeter player,” Warmka said.

Austin Erickson scored 19 points in the loss for Medford.