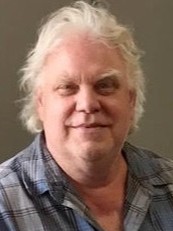 Roger Allen Schmitz, 68, of Minneapolis died on Saturday, December 11, 2021 at Fairview University Hospital. Roger was born to Herman and Florence Schmitz on October 14, 1953. He grew up in Adams, MN and was the 4th of seven siblings.

Roger was a deeply spiritual and gentle man with a sincere appreciation for humanity and the natural world. Roger joins his mother, father and older brother James in passing. His brothers and sisters, David (Julie), Robert, Thomas, Mary, Ann (Robert), sister-in-law Sue, nieces, nephews, extended family and friends will hold him in their memory.