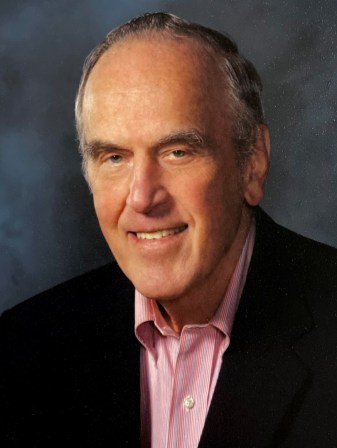 Robert “Bob” Allen Hastings left this life on December 19, 2021, surrounded by his family.

Born on March 9, 1935, in Detroit Lakes, MN, Bob received his Bachelor of Science in Engineering from Harvard College in 1957 and an MBA from Harvard Business School in 1959.

Bob dedicated his life to serving others as a business leader, as a community leader, and as a parent and grandparent. He had multiple senior leadership roles in finance and management at Commonwealth Edison Company, Inolex and FMC. He then had a second career as an education leader including serving as Executive Director of the Harvard Alumni Association and as a finance and operations leader of several private schools.

Bob was passionate about his faith, fostering an open dialog across denominations, and serving  others in need through his commitment to the Winnetka Congregational Church, New Trier Interfaith Council, and work as a Kenilworth Village Trustee. He extended his impact far beyond  the North Shore through his volunteer efforts with the Harvard Club of Chicago, including serving as its President and as an athletic coach for several teams at Walter Payton College  Preparatory High School.

Bob’s greatest joy was always found with his family as a parent and grandparent. He instilled in  his children and grandchildren an insatiable love of learning and an incredible passion and drive  to achieve excellence in any area they chose. He was a patient tutor in any subject, and a  superfan at any game or concert.

The drive for excellence started early for Bob. He was the son of two educators, both gifted  athletes, and followed in their footsteps, excelling in multiple sports – baseball, basketball and  football – and also earned his Eagle Scout. He was recognized as a decorated athlete and  community leader in the state of Minnesota, winning High School Student Athlete of the year in  1953. His excellence on the field was mirrored in his academics. He graduated as valedictorian  of his Austin High School class and earned a full ride scholarship to Harvard College, where he  continued playing baseball, basketball and football. On the baseball field he was known as  “Haster,” admired for his extraordinary quickness. In his final year, he became Harvard’s first  baseball All-American and was drafted to the major leagues, but chose to pursue his MBA  instead. In 1981, he was inducted into Harvard University’s Varsity Club Hall of Fame.

Interment is private in the Winnetka Congregational Churchyard. Robert’s Memorial Celebration  of Life Service will be announced at a later date. Memorials may be made to Winnetka