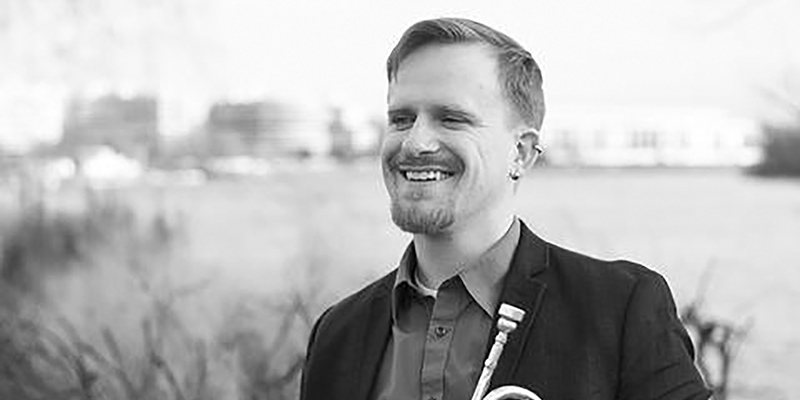 For a guy who wasn’t even that excited to play the trumpet, Austin native Jacob Dalager has done all right for himself.

“To be honest, it wasn’t my first choice,” Dalager said, thinking back to his school days in Austin. “I think I wanted to play percussion or saxophone first.”

“Paradigms,” consists of music written by Anthony Plog, whose music Dalager notably played during his 2012 Masters recital and the National Trumpet Competition.

Playing Plog’s Concerto No. 2 was just the beginning of Dalager’s relationship with Plog’s music.

“I started collecting his pieces gradually and realized that there were a number of pieces that haven’t been recorded,” Dalager said.

To know about Dalager’s album, you first need to know some background of the former AHS student, who graduated in 2005.

If there was something musical going on at the school, it’s a good bet that Dalager was a part of it.

An accomplished musician in school, Dalager performed in band, choir, orchestra — anything that required a note starting with his first instrument.

“It first started with piano and then for a little bit, I dabbled in saxophone in jazz band,” he said. “I took voice lessons for a year or two, just to get better at that.”

Eventually, his music carried him into college, though he admitted he wasn’t entirely sure what he wanted to do with his music. There was no clear vision forward.

Ultimately, it led him to NMSU, where he has enjoyed teaching other talented musicians.

But as Dalager began to immerse himself more and more into Plog’s work, the ideas of an album came more forcibly to the forefront.

“Every musician thinks about doing an album,” Dalager said. “I’ve thought about that since high school in the abstract sense.”

Dalager, who met Plog to talk about the project, began bringing all the pieces together and in 2020, he had the whole project ready.

“We know how that went,” Dalager chuckled as COVID-19 raised its ugly head to stall the project.

However, “Paradigms” finally came to fruition and with it comes an album of sound that brings with it its own unique nature.

With its chromatic side-steps and sequences, Plog’s music and Dalager’s playing of it, doesn’t fall into a simple label.

With its compelling and unconventional nature, Dalager plays Plog’s trumpet music in a familiar way.

“It writes well for the trumpet because he is a trumpet player,” Dalager said. “It doesn’t sound like random notes. There’s organization and structure that you can follow.”

So far, Dalager said his eight-track “Paradigms” has been received well, including by Plog, who was happy with what he’s heard.

“He knew what to expect and he was happy with the process and me  asking a few questions here and there,” Dalager said. “He was one of the nicest people I’ve ever met.”

Copies of Dalager’s CD can be purchased through his website at www.jacobdalager.com as well as downloaded at tonshen.com. “Paradigms” can also be streamed at music streaming sites.