Packer girls pick up the pace to clip Wingers 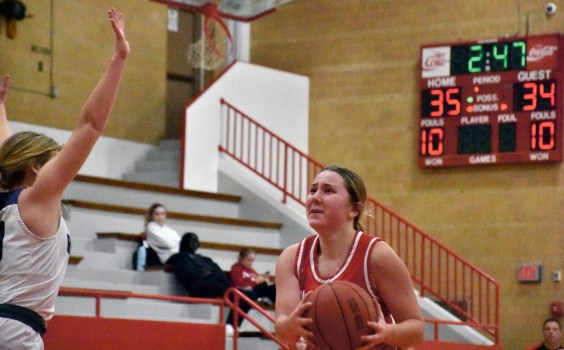 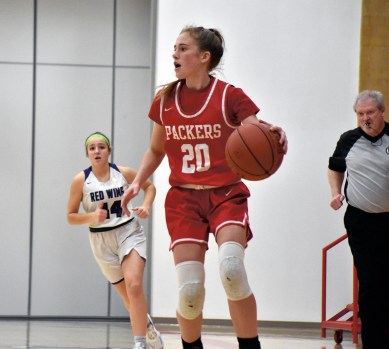 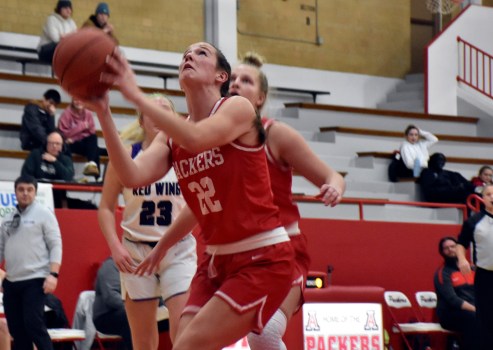 The Austin girls basketball team bounced back from a slow start to run past Red Wing (2-3 overall) 79-59 in Ove Berven Gym Tuesday.

The Wingers held a 25-23 lead with 7:20 left in the first half and the game was tied at 30 before Emma Dudycha hit a three-pointer to put the Packers up for good.

“In the first half we scored 45 points, but I thought our defense was terrible,” Austin head coach Eric Zoske said. “We had to have a stern talk about our defense, but we had some key production from Ruby and Cassidy. It’s fun to see and it makes us a little bit better when we have five or six girls that can come in and score.”

Kvam, who finished with 11 points, also hit a key three to pull the Packers (4-0 overall) to within 22-20 early in the game. She has excelled this season after playing limited minutes last season.

“I’m way more comfortable on the court,” Kvam said. “Last year I was kind of scared to play varsity, and now I just go out there and do my thing.”

Shute was able to have an impact on the game after sitting for much of the first half with three fouls. She finished the game with a team-high 23 points as she put together a flurry of drives to the hoop in the second half.

“I stayed engaged on the bench and cheering on my team was a big part of it in the first half,” Shute said. “Being able to cheer on my teammates was the best and I brought that energy onto the court in the second half.”