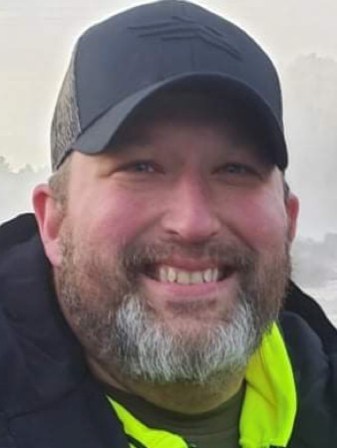 Mikael Jon Sauer, 40, of Rochester, Minnesota, passed away unexpectedly at his home on December 2, 2021.

He was born on August 5, 1981 to Robert and Janine (Goslee) Sauer. He grew up in Bloomington, Minnesota and graduated from Bloomington Jefferson High School. After high school, Mikael joined the US Marine Corps and served as a communication specialist during the Iraq War, rising to the rank of Sergeant. After coming home safely from the Iraq War, he joined the plumbers union where his hard work and dedication allowed him to oversee some very large jobs.

Mikael is survived by his father: Robert Sauer; brother: Lucas both of Rochester; and many aunts, uncles and cousins.

Mikael had a big smile, infectious laugh and witty humor. He was a big man with an even bigger heart. He will be missed by all who knew and loved him.

A celebration of life will be held at 1:00 PM on Thursday, December 9th at Clasen Jordan Mortuary with the Reverend Marcia Pedersen officiating. Visitation will be for one hour before the service. Military honors will be performed by Austin post #91, American Legion and Olaf B. Damm Post #1216 VFW. Interment will be in London Cemetery.