Message to the world 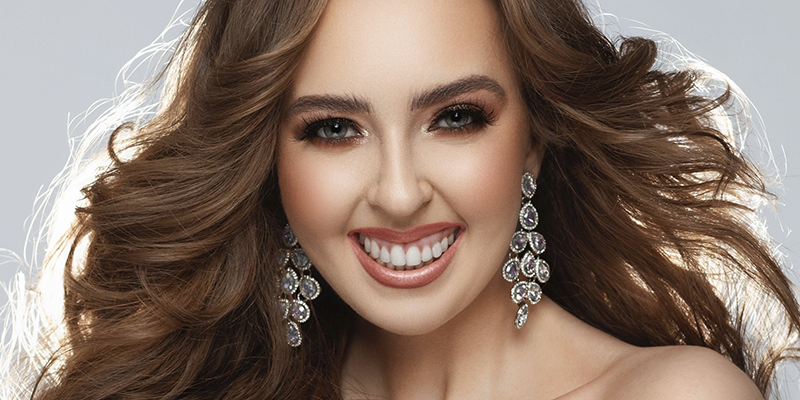 By her own admission, Kaylee Kalbow had her life derailed for a bit.

The Austin native is up front about it, as well as those elements that led to her sidetracked goals. However, Kalbow is back on track and ready to take on the world after being named 2022’s Miss Minnesota International.

Admittedly, it wasn’t the pageant she’s been used to in the past, as the COVID-19 pandemic took the normal pageantry and forced the condensing of it down to an interview process.

“It was kind of a bummer because I like to wear those clothes and talk to the other contestants,” Kalbow said Monday, referring to missing out on the fashion-type events. “But everything happens for a reason.”

Many in Austin might already have been familiar with Kalbow, who was Miss Austin in 2016. But that’s where the pageant circuit ended for a while. That year, the Miss Minnesota Pageant would have taken place the same day as the Austin High School prom, something Kalbow wasn’t willing to sacrifice.

“I can’t miss that,” Kalbow joked.

But as she started college a trio of traumatic incidents in her life began taking their toll on Kalbow.

Those incidents included sexual abuse when she was a toddler, being bullied all through school and then being sexually harassed in college.

During middle school she had also suffered through complications of a burst appendix that put even more weight on a struggling mind.

“All of those traumas built up over time,” she said, admitting, “I didn’t know how much that affected me.”

Her mother proved to be a foundation, encouraging Kalbow that she would be stronger coming out the other side.

“I remember my mom saying, you will want to talk about this one day,” Kalbow said, but at the time there was no telling that it would be incorporated into her own platform for Miss International.

Before, Kalbow always thought that post-traumatic stress disorder was something confined to military personnel, but slowly she began to realize that and eventually she too was diagnosed with PTSD.

“I left school because I decided to take a break in life and focus on mental health,” Kalbow said. “I found the tools to cope with PTSD so I thought that I’m going to change my platform to PTSD and give those tools to others.”

“It can affect everybody,” she added.

She is currently at the University of Minnesota, working on completing her degree in International Business, which she’s on track to finishing next year.

It’s certainly a busy time for Kalbow, but it doesn’t take away from her other love: volunteering.

It’s a major part of what drives Kalbow.

“It warms my heart,” Kalbow said. “I always feel good when I give back because I know what it’s like struggling in life. I was raised by my mom and the Salvation Army was there to help us out.”

“I like to help Paint the Town Pink and Relay for Life,” she added. “Certain things like that mean a lot to me.”

That desire to give back works its way back to connect with the PTSD side of her platform. She’s currently working with the National Alliance on Mental Illness to further that goal.

In the end, her work has a certain self-therapy aspect as well.

“I feel like the more you talk about it, the more it’s healing for you,” Kalbow said. “It also brings  awareness to it.”

The next step for Kalbow in the pageant scene is the Miss International Pageant, held in Kingsport, Tennessee July 25-29 with the competition portion taking place July 28-29.

She’s looking forward to being back on the stage.

“Wherever God takes me in life,” Kalbow said.

If you would like to reach out to Kalbow for appearances, she can be reached at missminnesota2022@gmail.com.