Marvin Repinski: Some day is not a day on the calendar

The following quotation is from the book “Windows to Heaven.”

“Chuck Smith, Jr., an American Protestant pastor, was visiting Kostroma, a historic Russian city northeast of Moscow, where his hosts took him on a tour of the Ipatievsky Monastery. There, in the monastery’s Trinity Cathedral, are a series of frescoes, painted around 1684 by a team of artists under the direction of Gury Nikitin and Sila Savin. Although these artists were involved in the decor of several other Russian churches, many believe the frescoes in the Trinity Cathedral to be their finest work, consisting as it does of eighty-four compositions extended in horizontal tiers, depicting an astonishing array of biblical stories and characters.

As he stood in one area of the cathedral, the colors and scenes that surrounded him captivated the American. He saw the miracle at Cana, the raising of Lazarus, the Last Supper in Jerusalem. He knew the stories well. He had preached about them for decades.”

The beginning of 2022 is drowning beneath disappointments, sadness, corruption, war, hunger. Many are homeless and there are gangs bent on violence and disorder. And it’s a list you could add to. But my eyes are focused on this new year and some of the possibilities. We, in joining hands, are being healed from our hurts and are enlarging our hearts. Compassion may experience some better days.

Postponement carries us to the goals that fade and create despair. Looking back, my times of confusion were like trying to run with my shoelaces tied together and then wrapped around my ankles. Freely accepting opportunities in the now creates in my feet the energy to say, “Task today, come to me. I am ready!”

Stories in the Bible are prompters to adventure, but also reveal the tension of “there is work to be done.” The Apostle Paul said: “I do not understand what I do. For what I want to do, I do not do. I have the desire to do what is good, but I cannot carry it out.” (Romans 7:15-18 from the Serendipity New Testament).

The book by Ray Bradbury, “The Zen in the Art of Writing,” shares his personal insight. “If you did not write every day, the poisons would accumulate and you would begin to die, or act crazy, or both — you might say drunk on writing, so reality cannot destroy you.” My choice of beverage would be coffee!)

Added to this thought, is a line in a blurb that caught my eye: “A notice in a Galway, Ireland newspaper, continues to be recited. Due to lack of space, a number of births have been held over until next week.”

In this new year, we can pick up on what we had meant to finish, but other things got in the way. We are full of “I meant to, but I made choices. The unsavory items will have to wait.”

We are, at times, known for waiting for that fresh opportunity. People we know are now behind the eight ball and things are long overdue.”

Procrastination is that big word most of us have in our genes, our habits, our hoping for that better day.

Lost time, for the most part, is time that people spend incarcerated in jail or prison for a society making a judgment on their behavior. I have, in my vocation as a pastor, visited people in lockup. I have sorted through the stories. It’s unfortunate and the penalties I sometimes think are too severe. Are the months and years wasted time? The question is immense! Yet our belief is that a new course in life is needed to make 2022 a more satisfying year.

Some of us will partake in programs or friendships that enhance creative possibilities for those who once served time and are now citizens who direct their abilities on a new course of living. Change is a gift God can place in all hearts that are open. Maybe it’s like the sign in a building of an Army recruiting office in Fairbanks, Alaska. The sign for the barber and cosmetology business reads “About Face Beauty Salon.”

My thoughts about people who have had troubled lives are that some important ingredients of maturity have either been left behind or are under the assumption that “some day I’ll take better care of myself.”

The “some days” are often nowhere to be found. They exist in a faulty imagination’s escape from the present.

The new year can embrace the prayers written in the little “Precious Moments” book. It’s prayers for boys and girls. Maybe that’s all of us!

“Dear God, please take care of the older people in the world. Old people have had years of experience, and yet no one seems to want to hear about them.” (my addition; we can change that.) 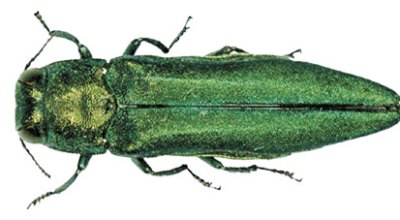 Ready for a change: Couples go all in on…