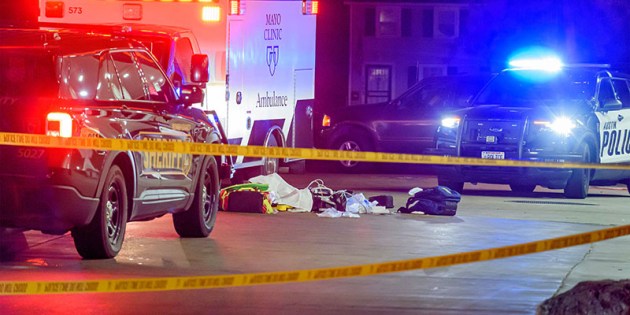 One man is dead following an officer-involved shooting Dec. 23, 2021 at a Kwik Trip in the 1200 block of Oakland Avenue West. Photo provided 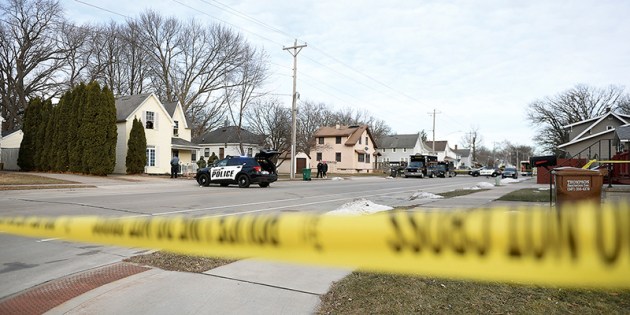 Law enforceent surround a home in northwest Austin Thursday evening, the site of a standoff that’s been ongoing since Wednesday night. Eric Johnson/photodesk@austindailyherald.com 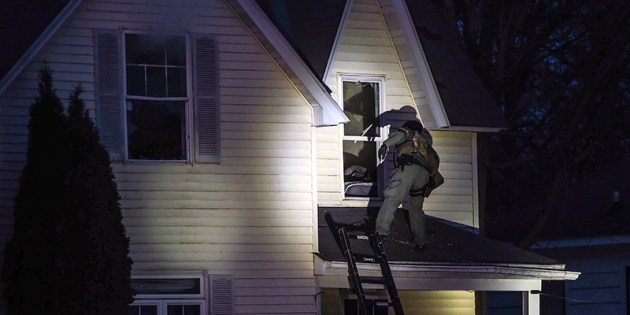 A SIRT member leans over to look thorugh a window during a standoff Thursday evening in northwest Austin. Eric Johnson/photodesk@austindailyherald.com 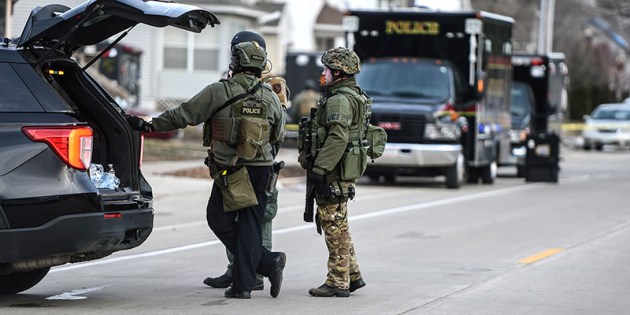 Police stage outside on the street during a standoff Thursday afternoon in northwest Austin. Eric Johnson/photodesk@austindailyherald.com

Male was involved in a 24-hour standoff

One man is dead in an officer-involved shooting Thursday evening, the end result of a situation that began on Wednesday evening.

According to a press release from Austin Police Chief David McKichan, the shooting took place at around 9:30 p.m. Thursday in the parking lot of Kwik Trip in the 1200 block of Oakland Avenue West.

According to the release, the male was armed with a knife and confronted officers who had followed the subject from an apartment in the 1200 block of Fourth Avenue NW.

At one point, one officer discharged their firearm, striking the male, who died at the scene as officers rendered medical aid and called for an ambulance.

The name of the male hasn’t been released nor has the name of the officer involved. The Minnesota Bureau of Criminal Apprehension is investigating and release more information at a later date.

The incident is the end result of a situation that APD was calling a “mental health crisis,” which began at around 3:45 p.m. on Dec. 22, when officers were dispatched to the area of Seventh Street and Eighth Avenue NW on a report of a male walking in traffic, holding a knife.

“Officers located the subject, who was armed with a machete, in public and attempted to gain verbal compliance e from the subject,” McKichan said in the press release. “That was ineffective and the subject was followed into a residence.”

Officers attempted to take the male into custody after several Tasers were deployed, but were ineffective.

At that time, the subject retreated further into an apartment complex in the 1200 block of Fourth Avenue NW where the subject threaten to hurt other people.

The standoff went on for 24 hours. During that time Austin/Mower Special Incident Response Team (SIRT), including trained negotiators, responded to the incident.

“Over the next 24 plus hours, officers attempted to negotiate with the individual to come to a peaceful resolution,” McKichan’s statement read.

Thursday night, several pops could be heard and SIRT members were observed tossing canisters into two upstairs windows of the apartment.

The statement confirms that pepper gas and less lethal foam impact mutations were were used, but were not effective. At around 6 p.m. Thursday, the police presence was drawn down to uniformed officers posted in the area, who continued to monitor the situation and ensure public safety.

At around 9:30 p.m., the male exited the apartment complex and walked to the Kwik Trip, followed by officers.

Look back to www.austindailyherald.com for more information as it becomes available.