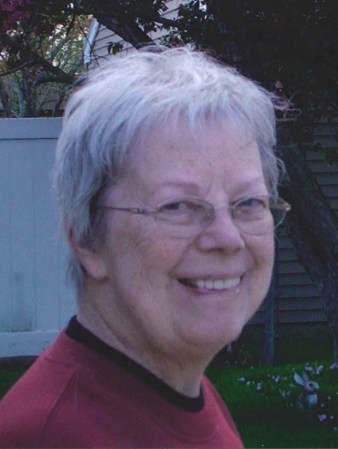 Janet M. Titus, 79 of Austin Minnesota, passed away Tuesday, December 14, 2021 surrounded by her family at home.

Janet May was born August 10, 1942 in Detroit, Michigan to Charles and Eileen (Fevold) Spence. She attended kindergarten and 1st grade in Plymouth, Michigan, then 2nd – 7th grade in Badger Iowa’s two room school house. Janet completed 8th grade and half of 9th grade in Fort Dodge, Iowa before transferring to Austin High School. She graduated with the Class of 1960. Janet immediately became employed after studying cosmetology.

She was united in marriage to Thomas L. Titus on January 12, 1961 at St. Augustine Catholic Church in Austin. Together they were blessed with three children; Kenneth, Jeffrey and Kristen.

Janet was also employed as a sales clerk for Lane’s R/X Drug Store, Woolworths, and The Great Surplus Store. She then worked as a designer and manager for Johnson Floral before taking a position as C.C.D. Religion Coordinator for Queen of Angels Schools. In 1982 she became a daycare provider by accident, and enjoyed it so much she continued until 2006. Janet cared for many children from 3 months through 2nd grade, and only six at a time. She loved them all as her own.

Janet was as active in her church as she could be. She was involved with family enrichment, marriage encounter, and was a coordinator for the Renew Spiritual Growth Program. Janet joined many bible study groups, was a communion minister for the sick, and enjoyed being a choir member.

Her monthly card club was one of her many interests that she considered of great importance. The camaraderie established with the group long ago was a welcome change to her daily schedule.

She was preceded in death by her son Kenneth; parents; brother Douglas, and sister Sharon.

Our family would like to thank Heartland Hospice for the loving and compassionate care they provided Janet.

Mass of Christian Burial will be held at 11:00 am on Monday, December 27, 2021 at Queen of Angels Catholic Church with Father Dale Tupper officiating. Interment will be in the Calvary Cemetery. Visitation will be held on Sunday, December 26th from 2 to 5 pm with a 4:30 pm Rosary at Clasen-Jordan Mortuary, and will continue Monday morning for one hour prior to Mass at church.