Hulne: No. 1 Packers are winning with balance 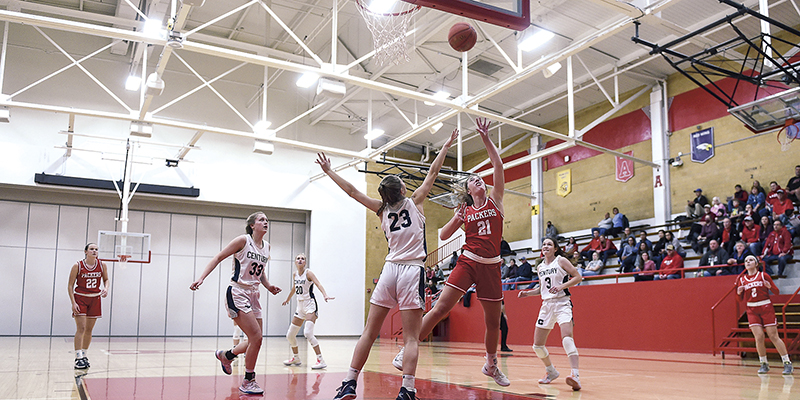 The Austin girls basketball team is on a roll, and it’s mostly due to the fact that the team has it’s roles established.

The Packers are off to a 7-0 start and their QRF ranking is No. 1 in Class AAA, leading No. 2 Holy Angels by about 16 QRF value points. The Packers are scoring the most points (67 per game) and allowing the second least points (51.6 per game) in Section 1AAA and they look to be an early favorite to get back to the Minnesota Class AAA State Girls Basketball Tournament.

Austin has won with some big blowouts and it has also gutted out tough wins against great teams like last week’s double overtime win in Mankato East.

The Packers have a lot of talent on their side, but they also have a wealth of experience. Starting guards Hope and Emma Dudycha have been playing big varsity minutes since they were in middle school and there isn’t a defensive look that they haven’t seen before. Their confidence has been sky high as they have both been knocking down big shots and playing aggressively on the defensive side of the ball.

While the Dudycha’s control the pace on offense and apply pressure on defense, Austin’s front court has shored up the paint on defense and provided some offense of their own. Senior center Reana Schmitt, who is an outstanding tennis player, gives the team mobility and aggressiveness in the paint, and junior Cassidy Shute, who is an effective distance runner, is an effective scorer, who can also matchup against a variety of positions with her height and quickness.

Last but not least for the Packers is the glue that holds it all together. Junior Olivia Walsh is one of those rare athletes who will excel at most any sport she tries. She swam in the state swim meet this fall and she is also a contender to compete in the high jump at the state track meet within the next year or two.

If head coach Eric Zoske wants to slow down an effective scorer on the other side of the ball, Walsh would be equal to that task. She can also do plenty of damage on offense as she can slash to the hoop and knock down open shots as well.

These Packers are built for success and driven to be great this winter. It’ll be fun to watch how much better they can get.