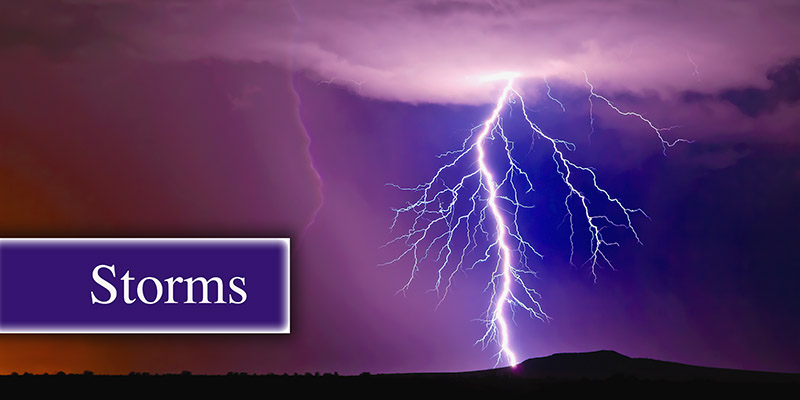 With a high of 66 by mid afternoon Wednesday, the area had set a record high for this date by over 10 degrees. Up until now the record high was 52 degrees set in 1939.

That’s only a part of what makes the weather today so historically unusual, especially coming just days after five plus inches of snow fell on the area. 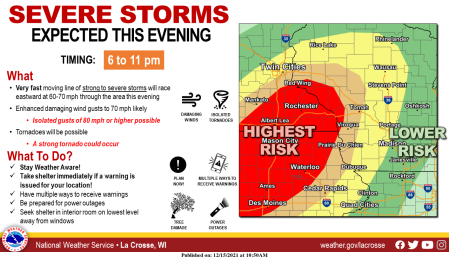 The sudden spike in spring-like weather is setting the stage for severe weather tonight. The National Weather Service is placing the area in a high wind warning from 6 p.m. tonight through 6 a.m. Thursday.

“As we’ve gone through the day and analyzed the data, things are looking to be on track,” said NWS Meteorologist Stu Ireland. “The potential for some severe storms look to be coming into southeast Minnesota very early this evening.”

According to the NWS, the brunt of the system should arrive between 6 and 11 p.m. this evening. Winds will gradually increase throughout the rest of the day, becoming westerly at 24-29 mph with gusts as high as 55 mph and in some isolated cases 70-80 mph.

There is also an added layer of threat from the possibility of a severe tornado, which Ireland classified as an EF-2 or more on the Enhanced Fujita Scale. An EF-2 boasts wind speeds of 111-135 mph and can cause considerable damage.

According to the NWS, the system will move quickly across the area at 60-70 mph. Ireland said the stronger winds expected will come on the back end of the system.

The reason for this sudden shift in December weather has to do with where the system is originating out of.

“What’s prompting this very strong system is that it’s moving out of Nebraska and tracking northeast,” Ireland said. “That leaves it in the position of dragging up the warm and very moist air that’s very similar to summer time.”

It’s not unheard of in the State of Minnesota to have a tornado late in the year. WCCO reported that the latest tornado on record was Nov. 16, 1931, and should the NWS issued a severe thunderstorm warning, it would only be the second warning issued in December for the state.

The November 1931 tornado occurred near Maple Plain and is only one of seven tornados to occur in November in Minnesota.

In perhaps the biggest example of unusual weather this year came last week, when a string of tornadoes blasted Kentucky, leaving over 70 dead as of Wednesday.

Once the system passes, skies will gradually clear through the day Thursday with a high of 27 expected.

Possible snow to move into the region Thursday