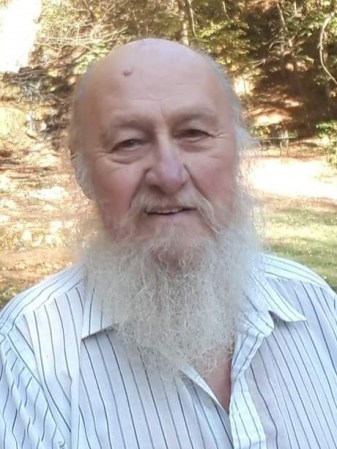 Floyd Edward Shuck was born on September 27, 1937, to Loyd and Julia (Wendel) Shuck in Austin, MN. After attending high school in Austin, he enlisted in the United States Army. While in the service, he was deployed to Germany where he served on a Civil Air Patrol unit during the Korean War. After his time in the Army, he returned to the states and married Joanne White in 1959; they later divorced. Floyd worked for Joe Smith Glass Shop for several years and for several area farmers. He enjoyed working with glass and making creations. On December 20, 1975, he was united in marriage to Eleanor Vandeweerd in Cherry Grove, MN; they later divorced.

Floyd supported several clubs for veterans, including the American Legion, Disabled Veterans, American Veterans, and Veterans of Foreign Wars. He was a proud veteran who supported his brothers in arms. He enjoyed driving the Amish around, traveling, and drinking beers. Family was important to Floyd. He took pleasure in camping and fishing with his brother Robert.

He is preceded in death by his parents, son Terry Shuck and brother Robert Shuck.

Services for Floyd are scheduled with a visitation on Thursday, December 30, 2021, at the Hindt-Hudek Funeral Home in Preston, MN from 12:00-1:00 p.m., with a Committal Service at the Minnesota State Veterans Cemetery in Preston, MN at 2:00 p.m. with Father Edward McGrath officiating. A Celebration of Life will be held at the Serviceman Club in Preston, MN, immediately following the burial.