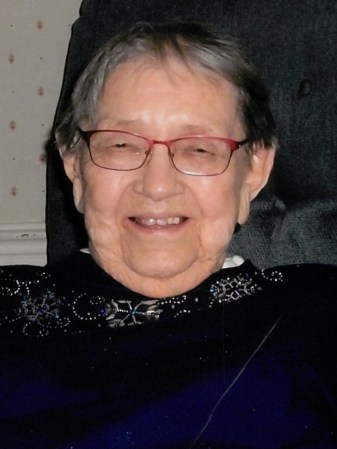 Eloise Yvonne Kvale Foss, age 93, of Austin, Minnesota, passed away on Sunday, December 12, 2021, at St. Mark’s Living in Austin. Eloise was born January 15, 1928, in Wright County, Iowa, to Charles and Peryl (Davis) Sheely. She graduated in 1945 from Huntly High School in Ollie, Iowa. Eloise married Roger R. Kvale on June 13, 1948, at the United Methodist Church in Dexter, Minnesota and had three children. Roger along with their 13-year-old son, Bruce died in a traffic accident on October 20, 1969. In 1971, Eloise obtained her secretarial certificate from the Austin Vocational Technical School. She married Lester Foss on October 12, 1974, at Our Savior’s Lutheran Church in Austin, Minnesota. Eloise worked for Fuhrman Real Estate for 27 years selling real estate until her retirement in 1997. She served as a 4-H leader, Cub Scout leader, and belonged to Home Extension. Eloise was a longtime member of Our Savior’s Lutheran Church in Austin, where she was active in Circle. She also served as treasurer on the Woodbury Cemetery board for 32 years. Eloise enjoyed quilting, embroidery, crocheting, and knitting. She was loved dearly by her family and friends and will be dearly missed.

A funeral service will be held at 1:30 p.m. on Thursday, December 16, 2021, at Worlein Funeral Home Chapel in Austin. Visitation will take place one hour prior to the service. Interment will be at Woodbury Cemetery, Lyle, Minnesota. Services are prearranged and performed by Worlein Funeral Home of Austin. Condolences may be expressed to the family online at www.worlein.com.