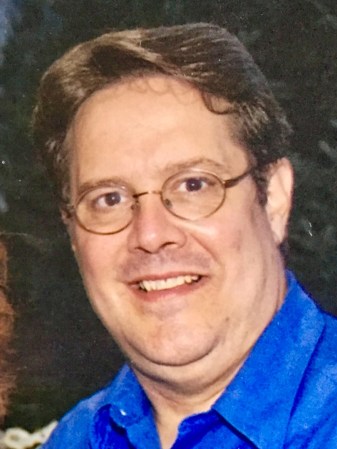 Davin Alan, 62, of Austin, Minnesota, passed away on December 6, 2021 at Saint Mary’s Hospital in Rochester, Minnesota.

Davin was born May 9, 1959 to Earl Ira and Joan Katherine (Lane) Tennant. He grew up in Harvard, Illinois, and attended Harvard High School. Davin joined the US Navy and served as an ASROC (anti-submarine rocket) specialist/gunners mate. He received an Honorable Discharge from active duty in October 1980. Davin married Kristin Uhlir of Harvard, Illinois, on October 10, 1982. A couple of years later, he graduated from Oral Roberts University in Tulsa, Oklahoma, with a Bachelor of Science in Marketing and Communications. Together they have three children.

Davin enjoyed many forms of music; vocal, performance, piano, guitar, rock bands, and he created orchestral compositions. He was a professional photographer / videographer / educational trainer and website developer. He spent his free time giving back to his community to create or participate in events that brought people together. He had many hobbies and interests.

Davin especially enjoyed spending time with his children, family and friends. He was generous, kind-hearted, and had a terrific sense of humor. Regarding faith, he encouraged his family to have a personal relationship with Jesus Christ. He truly had a heart for God and His Word.

A Celebration of Life will be held for Davin Alan at 2:00 PM on Saturday, January 15, 2022, at Faith Evangelical Free Church, 1800 12th Street SW, Austin, MN, with Pastor Mike Sager officiating. Visitation will begin at the church at 1:00 PM. Military Honors will be performed by Austin Post #91 American Legion and Olaf B. Damm Post #1216 VFW. Private family interment will be at a later date.

Due to COVID, the family is requesting all guests wear a mask during services and there will be no reception following the service.

A video recording of the service will be available at www.clasenjordan.com after the service.

Clasen-Jordan Mortuary is in charge of arrangements,