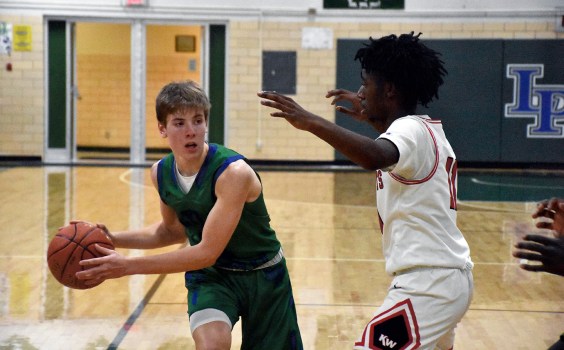 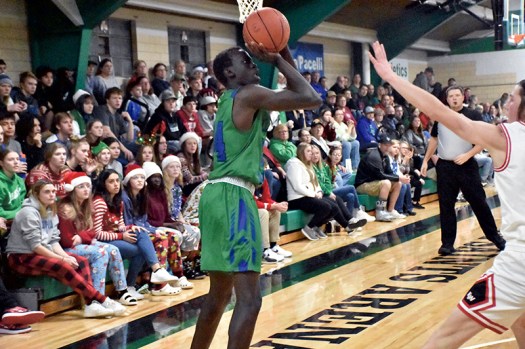 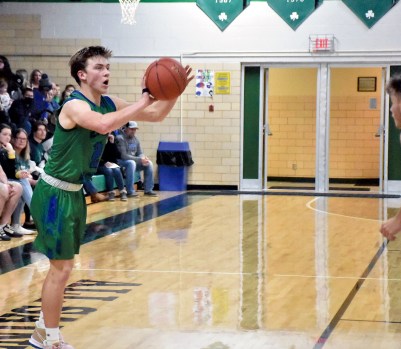 The Lyle-Pacelli boys basketball team hit a cold streak and it couldn’t warm up as it lost to Kenyon-Wanamingo 57-35 in Pacelli Gym Thursday.

The Athletics led 9-8 early when Buay Koak hit a three and Hunter Bauer hit a three that tied it at 12, but the Knights (5-2 overall) seized control by scoring 18 of the game’s next 21 points to take a commanding 30-15 lead. KW led by 20 throughout much of the second half.

“We shot the ball horribly. I didn’t think we played bad defensively, but when you can’t shoot, it builds and builds. That’s not really us and I don’t really know why we struggled,” LP head coach Carl Truckenmiller said. “I’d rather lose them early than late and that’s not a terrible team we lost to. They’ll be one of the top teams in the section.”

“Buay played well and he battled and Hunter shot the ball well and kept us closer. He also played well on defense,” Truckenmiller said.