Bruins prevail over Bobcats in a shootout 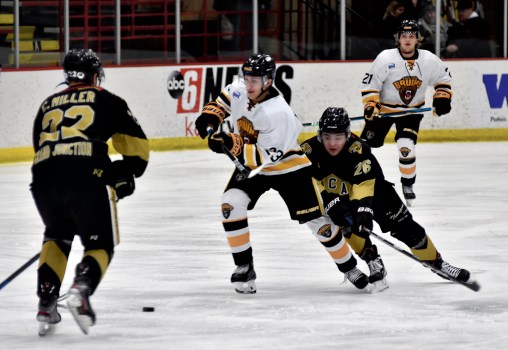 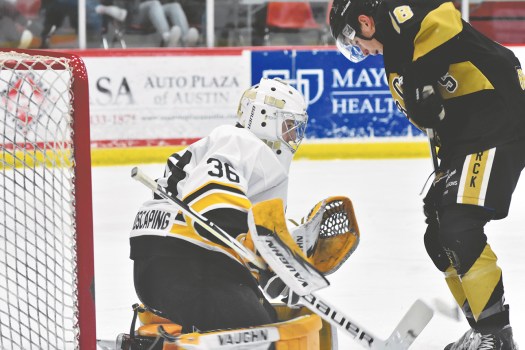 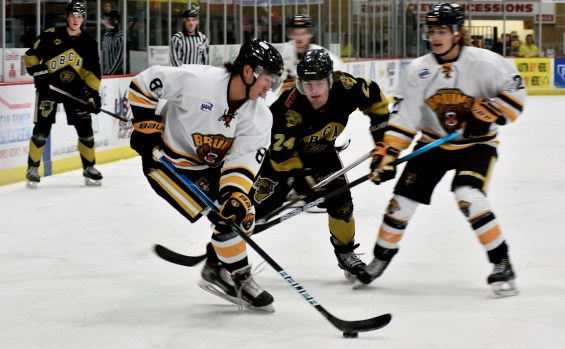 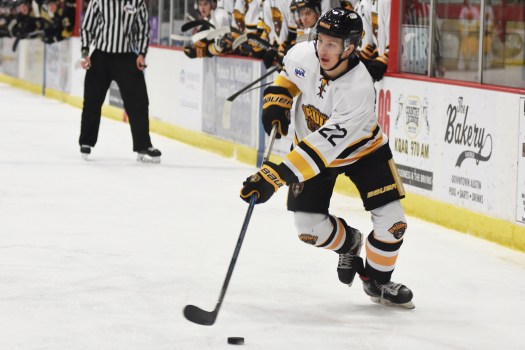 The Austin Bruins overcame a rough third period to score redemption as they beat the Bismarck Bobcats 5-4 in a shootout in Riverside Arena Friday night.

Bismarck (7-17-1 overall) scored twice in the third period to tie the game at 4, but neither team was able to score in the overtime period. Austin won the game in the shootout when the Bobcats missed their first shot and Klayton Knapp stopped the next two shots.

Anthony Menghini scored on Austin’s second try for the only shot that found the net in the shootout.

“It’s all about having a short memory,” said Knapp, who had 20 saves. “It wasn’t a third period any of us wanted, but the shootout was a new period for us and we made good on it. Tonight was a battle for us, but we found a way to dig deep and get two points.”

The Bruins were coming off a weekend where they were shutout in back-to-back games in a pair of losses to the Aberdeen Wings, but they broke out of their scoring slump early in Friday’s game as Menghini and Sutter Muzzatti each scored first period goals.

Austin (14-9-1-2 overall) came into the weekend in a three-way tie for first place in the NAHL Central Division.

Menghini’s first period goal was his first of the season for the Bruins and then he added the game winner in the shootout. The Brainerd native has played in three games for Austin.

“Menghini’s a good player and we’re lucky to have him here,” Muzzatti said. “It’s always good to see guys get their first goal, especially in a shootout.”