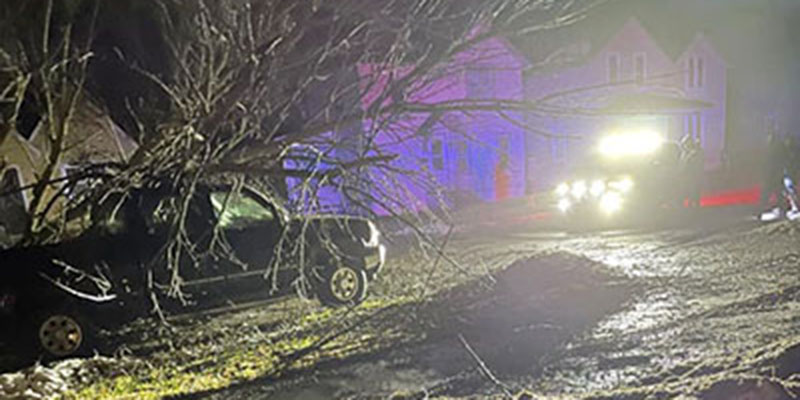 Trees and branches reported down, report of roof damage to a home in NE Mower

The line of historically rare and powerful storms that plowed through the area tonight has caused widespread power outages in both the county and City of Austin.

As of 8:55 p.m., the entire city of Austin was without power as is a large portion of the county. 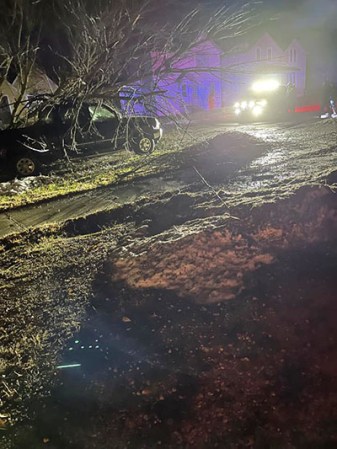 According to Mower County Sheriff Steve Sandvik, there are reports of trees and branches down around the county as well as power lines, though no injuries have been reported.

While some surrounding counties had reports of tornados, including in Freeborn where Hartland may have damage from one, Sandvik said he was unaware of any reports within Mower. However, he did say there was a report of a home in the northeast part of the county that had its roof lifted off.

Several residents have reported trees down including one behind Cedar Valley Services as well as a flag pole in another’s yard. Another photo showed a trampoline that had been tossed into tree.

Austin Police Chief David McKichan said that they were aware of damage and they had pulled in extra help to handle calls.

“We are still assessing the damage,” McKichan said in an email to the Herald. “We are aware of branches and trees being down in Austin at this time. In some cases they have taken lines of various types down. We do have extra staff in on overtime assisting our existing officers and we are able to handle Austin’s calls for police services.”

Austin Utilities said on their Facebook page that they were working to bring power back. About two hours following the post, power began coming back on across the city.

All watches and warnings have expired in the Austin area, except for a high wind warning in effect until 6 a.m. Thursday morning. Winds are expected to top out at between 26 and 36 mph according to the National Weather Service with gusts of 55 mph possible.

Check back to the www.austindailyherald.com for more information as it becomes available.