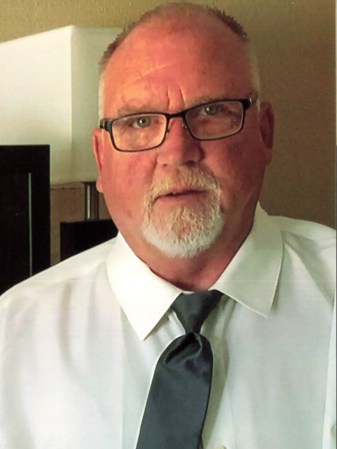 MASON CITY: Terry Lee Thomas, 65, of Mason City, passed away on Wednesday, November 10, 2021 at his home due to complications of pulmonary fibrosis. A visitation will be held on Sunday, November 14, 2021, at Major Erickson Funeral Home, 111 North Pennsylvania, from 2:00-4:00 p.m. Memorials may be directed to the family of Terry Thomas. Online condolences may be left for the family at www.majorericksonfuneralhome.com

Terry was born on September 13, 1956 in Austin, Minnesota to parents Charles and Virginia (Rhoades) Thomas. Terry graduated from Austin High School in 1975. He was united into marriage to Julie Satern on February 18, 1983 in Austin.

Terry went to lineman school in 1984. After training, he and Julie moved to Mason City, and they have been here ever since. Terry was employed at Alliant Energy until his retirement.

In his free time, Terry loved playing basketball, going fishing, spending time with his grandkids, and dancing. He loved to spend time in his garage, fixing things. Terry was an avid Minnesota Vikings fan, and he was an active member of the Jehovah Witnesses.

Terry was preceded in death by his parents, Charles and Virginia; brothers, Samuel Thomas and Elso Thomas; sister, Carrie Illa; and an infant son, Jason.