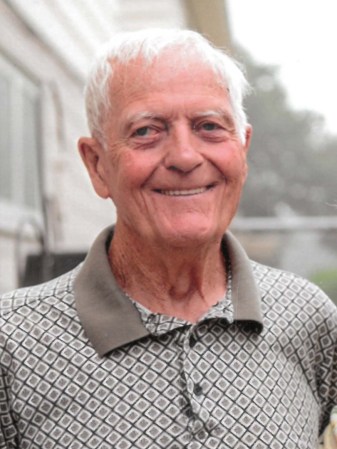 Richard Sandall Dixon, age 89, of Austin, Minnesota, passed away Friday, October 22, 2021, at The Cedars of Austin. Richard was born January 1, 1932, in Aberdeen, South Dakota, to Elmer and Esther (Anderson) Dixon. He graduated from Aberdeen Central High School in Aberdeen, South Dakota. Following graduation, he enlisted in the United States Air Force in 1949 and was honorably discharged in 1954. Richard married Helen Hackett on August 14, 1954, together they had one son. For many years, Richard owned and operated Austin Building Maintenance. Richard was an active volunteer and past board member at the Jay C. Hormel Nature Center. He was also involved in the Spruce Up Austin campaign.

He is survived by his son, Mark (Paulette), granddaughters Rachel (Moise) Kabukala and Sara (Charlie) Mosman, five great-grandchildren and three sisters. He was preceded in death by his wife, Helen, his parents and two brothers.

A celebration of life will be held at 1:00 p.m. on Saturday, November 27, 2021, at the American Legion Hall in Austin, Minnesota. The family would like to thank the staff at The Cedars of Austin and Mayo Hospice. In lieu of flowers, the family requests all memorials be directed to the Jay C. Hormel Nature Center or Mayo Hospice. Condolences may be expressed to the family online at www.worlein.com.