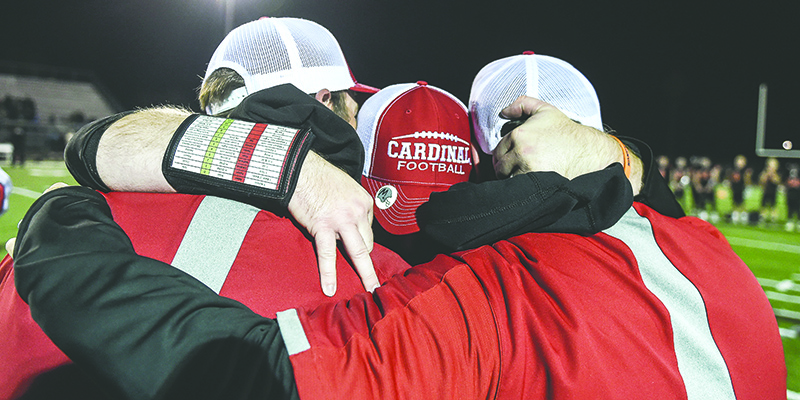 Our first act with this opinion piece is above all else congratulate the LeRoy-Ostrander football team on its berth into the Minnesota State Football Tournament.

The wait to get to this point has been long in and of itself — a return to the state. It was 2004 when LeRoy-Ostrander was sent home from an upset bid over Stephen-Argyle in the semi-finals. A last-second pass from S-A ended the Cardinals’ season in heartbreak, made even more unfortunate in that the upset would have been one for the record books. In those days S-A had one of the most impressive win streaks in the State of Minnesota.

This isn’t lost on the Cardinals. Chase Johnson, who spearheaded L-O’s Friday night win, knew exactly how long the wait had been.

“It’s been 17 years,” he answered emphatically.

The Cardinals are workers and while the goal has been close in recent years, it’s always been just out of reach. This year, they had to go through two state-ranked opponents to get this far.

All of this has been a rallying cry for not just head coach Trevor Carrier, his staff and the team. It’s been a community rallying cry.

We don’t know how LeRoy-Ostrander’s year will end (we hope with a state title), but regardless we hope this team remembers this moment in time and how an entire community went to the Minnesota State Football Tournament.