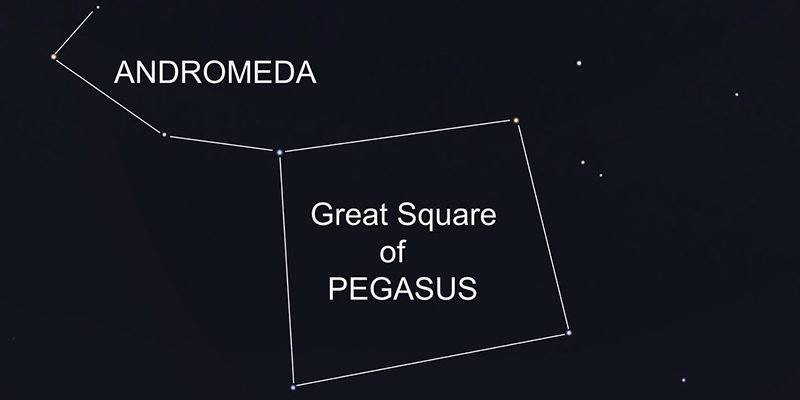 After a long stint as an evening “star,” Venus plunges into the sunset on its next trip between Earth and the sun. It’s a short trip, though; in less than a month, Venus reappears in the morning sky.

Jupiter remains a beacon in the southwest, while dimmer Saturn shimmers to its lower right. But over the next couple of months they, too, will tumble over the horizon. Next year they will join Venus — and Mars — as morning planets. 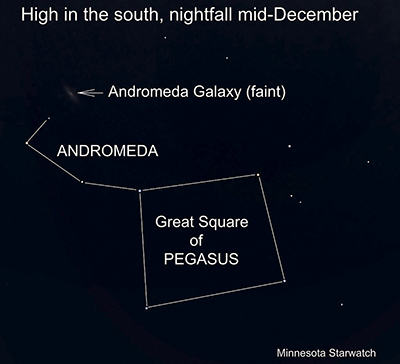 The Great Square of Pegasus and the constellation Andromeda ride high in the south at nightfall. Andromeda is basically the line of stars extending from the Great Square’s northeast corner. If you follow that line to the second star and take a 90-degree right turn, you’ll see first a fainter star and then a fuzzy patch of light. This is the Andromeda Galaxy, the Milky Way’s closest large neighbor. A star chart and binoculars will help.

In the east and southeast, the bright winter stars are making their annual grand entrance into the evening sky. You’ll know the whole assembly has appeared when you see Sirius, the brightest star in the night sky, below hourglass-shaped Orion.

In the morning sky, Mars has begun a slow climb above the southeastern horizon. As New Year’s Eve dawns, the Red Planet appears to the lower left of a thin waning moon. Almost directly below the moon glimmers Antares, the giant red star whose name means “rival of Mars.”

On the 6th, a young moon and Venus form a celestial semicolon above the sunset horizon. The moon goes on to hang below Saturn on the 7th and Jupiter on the 8th. December’s full moon rises shortly before sunset on the 18th. Although it traces a high arc across the night sky, it will be near its maximum distance from Earth and so appear smaller than most full moons.

Winter arrives with the solstice at 9:59 a.m. on the 21st, when the sun reaches a point over the Tropic of Capricorn. At that moment an observer in space would see Earth lighted from the Arctic Circle down to the South Pole and up to the Antarctic Circle on the dark side of the planet.