Large, Small Businesses of the Year named at Annual Meeting 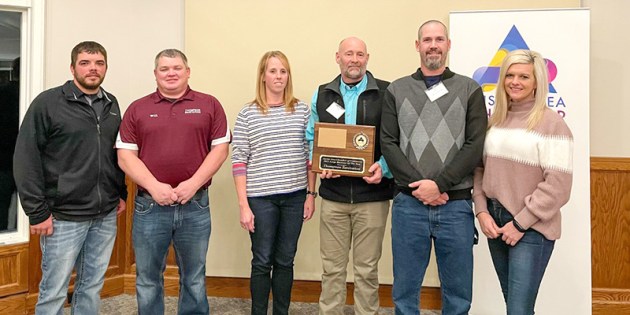 Thompson Santitation was chosen as this year's Large Buisness of the Year during the Austin Area Chamber of Commerce Annual Meeting Tuesday night. Photo provided 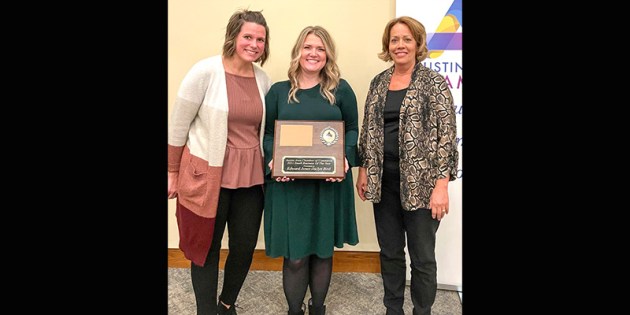 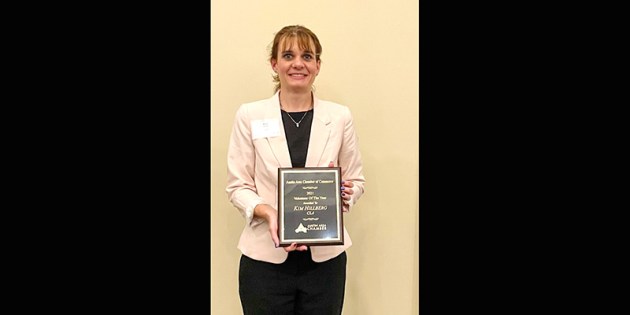 Kim Hillberg was named Volunteer of the Year at the Austin Area Chamber of Commerce Annual Meeting. Photo provided 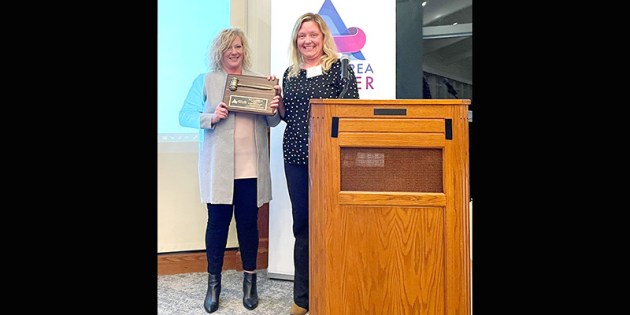 Nan Hanegraaf was honored for her time as Board Chair at Tuesday night's Austin Area Chamber of Commerce Annual Meeting. Presenting is Jana Norman. Photo provided 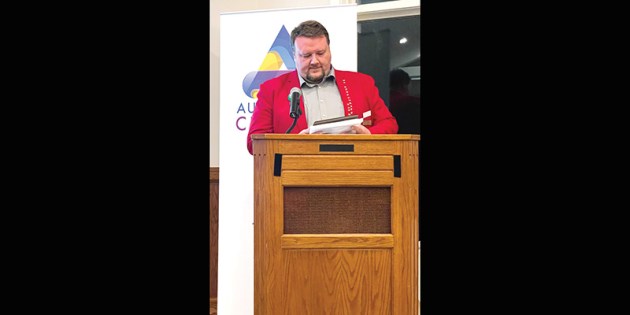 Bob Hartman is the outgoing Chamber Abassador President, to be replaced by Brenda Landherr. Photo provided 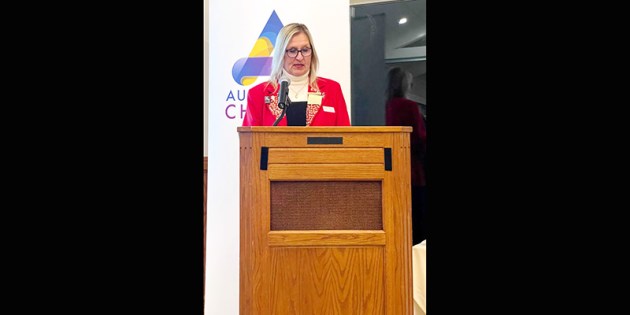 At the Austin Country Club Tuesday night, the Austin Area Chamber of Commerce held its Annual Meeting and named its Large Business and Small Business of the Year, as well as a number of other awards.

While Thompson has been collecting in Austin since 2012, they opened an office in the community in December of 2019, when it acquired Y Waste Disposal.

For owner Frank Thompson, being recognized is directly connected to the work the company does, starting with the little things.

“It was a great surprise to win when we were in a group of great companies,” Thompson said. “That when you do the little things and take pride in work and community, people remember and show appreciation for the things you do.”

It’s been quite a year for Jaclyn Bird, who has moved into her dad Greg Bird’s office at Edward Jones. Winning Small Business of the Year was a sign of support to Bird, who has also served with the Chamber Ambassadors.

“It’s been such an honor,” Bird said. “I am so happy at how supportive the community has been.”

Being connected early on, Bird has experienced firsthand the benefits of being a part of the Chamber as well as the business community.

“I think we’ve made a lot of good connections,” she said.

There was more than naming the Businesses of the Year, however. In one of the highlights of the evening, Jeff Baldus was given the Lifetime Achievement Award for his time and work within the community.

Baldus said he sees himself as just another person willing to give his time for the betterment of Austin.

“I don’t really see myself as anybody special,” Baldus said. “I’m just going out there and trying to do my little part to help make a difference in our community and county.”

Currently, Baldus serves on the County Board of Commissioners, but that’s only the tip of the iceberg. He has also volunteered with the ArtWorks Festival, Freedom Fest and the United Way of Mower County just to name a few.

It’s been an enjoyable ride he said.

“That’s the fun of it,” Baldus said. “Contributing to … whether it’s the ArtWorks Festival, Paint the Town Pink or just getting involved and doing my little slice.”

Baldus also said that he hopes more people will step up and play their part.

“People have to look for those opportunities to get involved and help,” he said. “If more people want to see change we have to help be that change and it’s got to be something people enjoy.”

Volunteer of the Year: Kim Hillberg

Ambassador of the Year: Lindsay Biers