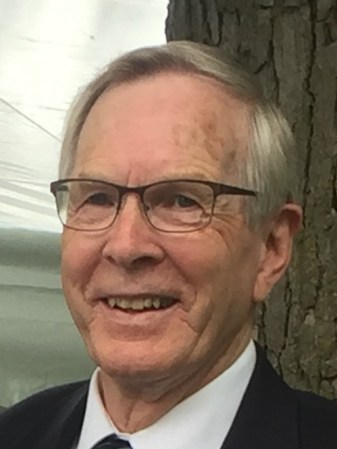 James Richard Ohman, age 81 of Austin, Minnesota entered his eternal home on Saturday, November 20th, 2021. He was born on June 28, 1940 in Bemidji, Minnesota, to Marvin and Anna (Tweten) Ohman. He grew up on a farm in the small town of Solway, Minnesota, alongside his brother Tom Ohman and sister Marian (Ohman) Rootes.

Upon graduating from High School, he served in the United States Air Force for four years as an instrument mechanic. He then attended Bemidji State University and graduated in 1968, with a degree in science and French language. He then went on to earn his Masters Degree in Science.

He married Ardelle Shaff on August 22nd, 1964 in Bemidji, Minnesota. A few years later they moved to Austin. On July 20th, 1968 their daughter, Michelle, was born and then on October 31st, 1974 their son, David, was born. In the years that followed, they welcomed many youth into their family who were in need of a home.

Jim taught 7th grade science, at Ellis Middle School, in Austin for 39 years. In addition to being a science teacher, he was also active as a coach for the junior high tennis team and taught French at the High School for a period of time. He retired from teaching in 2008.

Jim and Ardie were active members of Cornerstone Church in Austin, Minnesota where Jim served as a Deacon for many years. Jim’s faith in Jesus was of utmost importance to him and was evident throughout his daily life. It was the foundation for every relationship within his family and with his many friends.

He was a kind man, with a heart to help and serve others, often being called upon to fix anything broken or in need of work. Even in retirement, he continued to serve others and was on the Oaks Condominium Board where he lived.

In his spare time, he enjoyed reading his Bible and countless other books, fishing, traveling and devoting time to his family and friends.

He was preceded in death by his parents, Marvin and Anna Vivian Ohman; brother-in-law, Lyle Rootes; nephew, Marcus Rootes.

A memorial service will be held at 11:00 am on December 4, 2021 at Cornerstone Church with the Reverend David Simerson officiating. Visitation will be at the church one hour before the service. Military honors will be performed by Austin Post #91 American Legion.