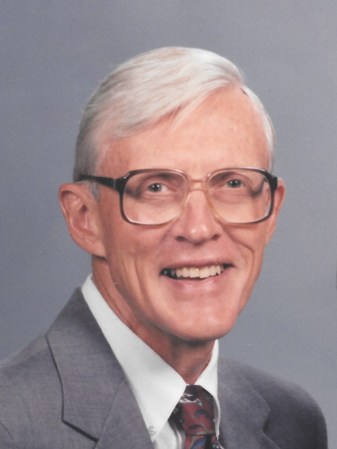 Charles E. Lanchantin, Jr., 91, passed away in the presence of loved ones on Thursday evening, November 11, 2021 at Good Samaritan Society – Comforcare in Austin, Minnesota.

Charles Emile Lanchantin, Jr. was born August 15, 1930 in Brooklyn, New York, the second child of Charles E. Lanchantin, Sr. and Vera Lucille (Hanan) Lanchantin. His mother died within two weeks of his birth from complications. When Charlie was 3 years old, his father remarried Dorothy Smith (Osmer). He and his parents moved to Evanston, Illinois when he was 9 years old.

Charlie had a love of nature and the outdoors and grew up along Lake Michigan’s shores. He was active in Boy Scouts, earning 32 merit badges, the Order of the Arrow, and his Eagle Scout Award. He graduated from Evanston Township High School in 1948 and chose Purdue University to study civil engineering. He was a member of Alpha Phi Omega (service fraternity) and Chi Epsilon (honorary). During his senior year, he elected to take a City Planning class and met Mary Elizabeth “Beth” Hammond. After graduation in 1952, Charlie became a 2nd Lieutenant in the United States Air Force stationed at Keesler Air Force Base and Beth moved to Schenectady, New York to work for General Electric as an Engineer’s Aide.

The two were married on December 28, 1952 in Indianapolis, Indiana and moved to Gulfport, Mississippi. When Charlie was stationed at Johnson Air Force Base in Japan (1953-1956), Beth had the opportunity to join him for the adventure. After Charlie was released from service as a 1st Lieutenant, he obtained employment with Caterpillar Tractor Company at the Peoria and Phoenix Proving Grounds in Arizona (1956-1959). When Charlie transferred to the patent department, they relocated to Peoria, Illinois and Charlie became a licensed patent agent. It was in Peoria that his dreams of fatherhood came true, raising four beloved children.

After retirement, Charlie and Beth moved back to Phoenix, Arizona where they had 20 years of friendships and sunshine. Charlie spent much of his time at the Ahwatukee Recreation Center playing water volleyball, painting with watercolors, and playing pool. Charlie’s other hobbies included bowling, playing poker, collecting coins and stamps, playing the accordion, and genealogy.

Charlie and Beth were active members of each of their Presbyterian churches along the way, most recently at Westminster Presbyterian Church in Austin. They enjoyed traveling overseas and across this country (oftentimes visiting their children in their many moves).

Dementia slowly took Beth’s independence and abilities. In 2016, when Beth needed more care than Charlie could provide, they moved to Austin, Minnesota. Beth resided at Sacred Heart Care Center and Charlie resided at Primrose Retirement Community. They still spent every afternoon together and celebrated 66 years of marriage before Beth’s passing in 2019.

Charlie was a wonderful son, brother to sister “Patty”, husband, father, grandfather, friend, and Child of God. Faith and family were most important to him. He showed this by his kindness, gentleness, humor, love, interest, and zest for life.

A family graveside service was held at Crown Hill Cemetery in Indianapolis, Indiana. A Celebration of Life service will be held at 11:00 am on Thursday, December 9, 2021 at Westminster Presbyterian Church with the Reverend Michael Olmsted officiating.