APS Board gets results of survey 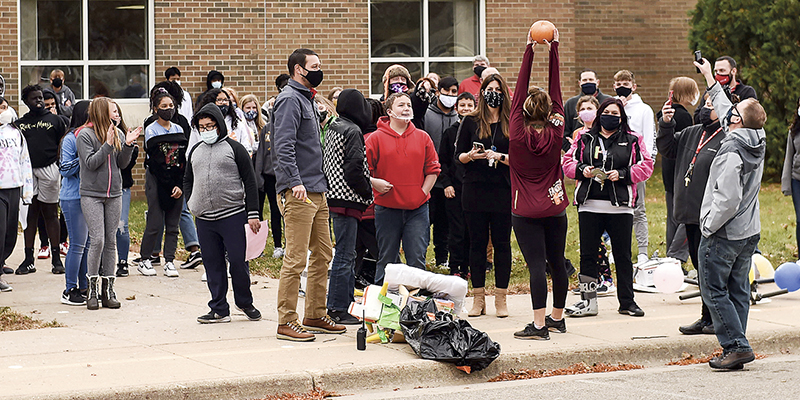 A survey conducted with staff and parents of the Austin Public School District show that both groups largely have a positive view of the district and its policies. Herald file photo

The Austin Public Schools School Board found out the results from a school survey conducted recently and the results were — staff and the public remain supportive of the district.

The survey, conducted during October and November, was offered as the district works on establishing its strategic roadmap.

School Perceptions representative Dr. Rob Demuse laid out the results for the board, reflecting a generally positive response to a number a questions covering areas such as technology availability, ease of communication, and future preparation for students.

What the survey found was that the three camps survey takers were split into — staff, parents and non parents/non staff — were largely in agreement across most fronts when looking at three being an average score of a 1-5 scale.

“Above three, your leaning towards agreement,” Demuse said. “That’s good news. You want to be there.”

Not only were scores favorable, but they also tended to be highly correlated across the spectrum.

Only in a few areas were their noticeable changes from one group to the next.

Two such examples were future preparation and mental health services.

When broken into two groups of staff and nonstaff/parents, teachers were found to be agreeable towards APS’ efforts toward preparing students for the future where that number was less so with parents and non staff — a difference of 66% and 49% respective.

“Parents seem less confident when preparing [students] for college,” Demuse told the board.

Along the mental health front, survey participants ranked a need for mental health as among the top four things they expect from the school, however parents/non-staff average came out to 3.03 compared to 3.21 of staff. Still, the number was above the average threshold.

The survey comes at a time that the district is beginning to test the waters for a possible attempt at a referendum in the coming years.

An operating levy referendum was narrowly defeated last year, which would have raised cost per student from a state low of $42 per student to $505 per student, and bringing the district closer to schools in the rest of Minnesota, as well as raising revenue.

However, there is no firm timetable for when there might be a referendum.

Superintendent Dr. Joey Page said conversations were to be held with the Facilities Committee and Finance Committee in order to gain a clearer picture.

“That’s the work we need to do and we have more conversations with the board,” he said.

• The school district will have its annual Truth in Taxation meeting on Dec. 13.