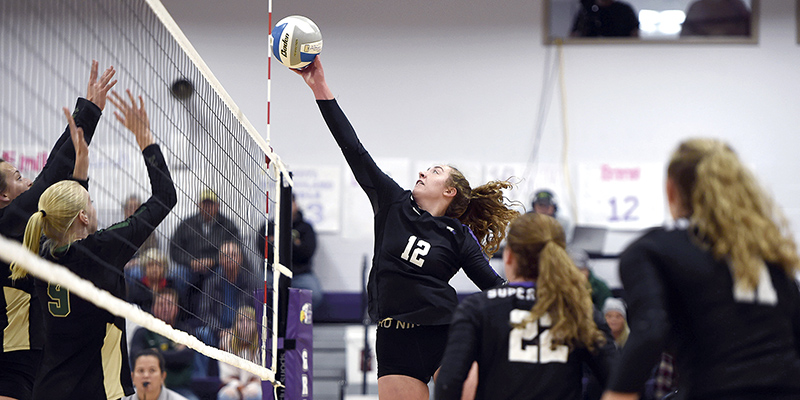 Grand Meadow’s Emma Grafe tips at the net against Rushford-Peterson in a first-round Section 1A match. Herald file photos

The senior carried the Rebels offense on most nights as she racked up 169 kills and 30 ace serves. She added 37 blocks and 169 digs.

The junior put down an area’s best 355 kills to go along with 60 solo blocks, 105 block assists, 102 digs and 39 ace serves. Bauman averaged four kills per set.

The senior had 557 digs and 19 ace serves. Stick finished her career with 1,000 digs as she broke the Hayfield school record with her 557 digs in one season.

Southland’s Bailey Johnson tips at the net during game two against Houston in the opening round of the Section 1A girls volleyball tournament.

The senior was highly active in the back row as she came up with 418 digs, while tallying 20 ace serves and 18 kills.

The junior had 202 digs in the back row for the Awesome Blossoms.