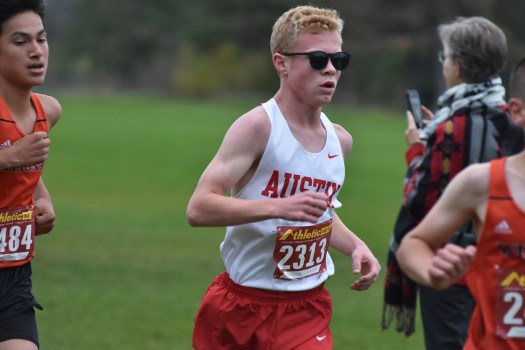 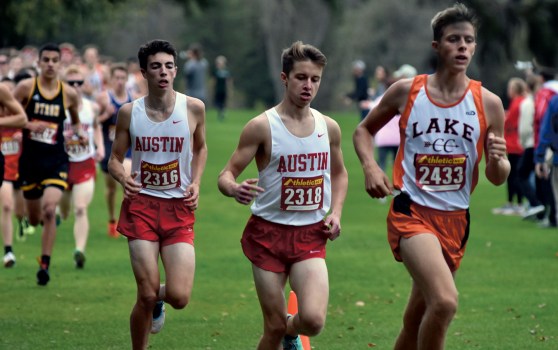 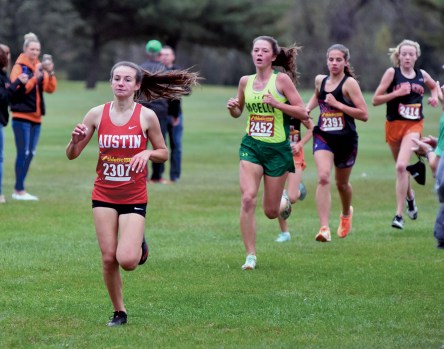 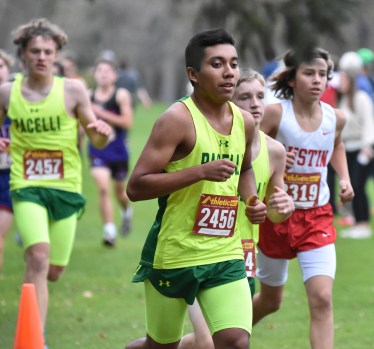 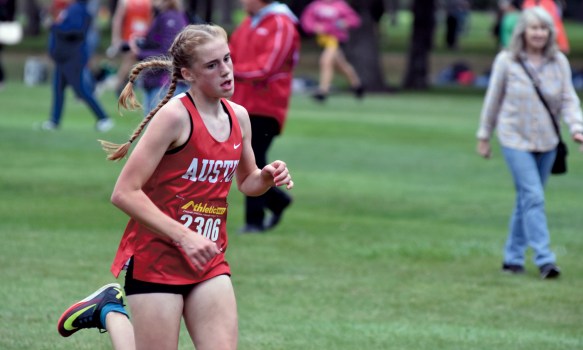 Marissa Shute runs down the stretch for the Packers earlier this fall. Herald File Photo 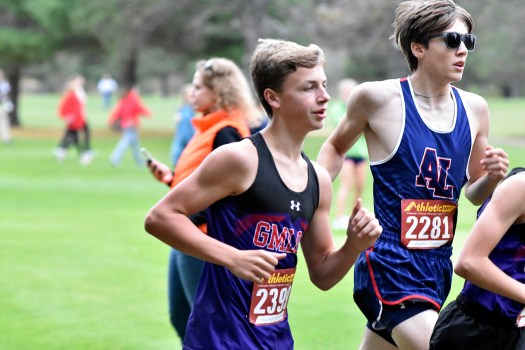 A trio of area runners all put up big performances at the Austin Cross Country Invite at Meadow Greens Golf Club Tuesday.

It was the final home meet for Vaughn, who has grown close to Shute throughout this season. Vaughn is excited about Shute’s future, while also relishing her last few runs with the Packers.

“It’s awesome to see Marissa. She just takes off. We saw it coming for her last year and this year she is building on it. It is amazing to see,” Vauhn said. “All of our workouts now are getting us ready for sections and Big Nine. We’re pushing towards the end and it’s insane, because it has come so fast. I’m shocked. Cross country has been the best time in my life and it’s made me who I am today. It’s a little bit sad to know that was the last time I’ll run competitively here.”

Shute has picked up her pace over the past few weeks and a lot of it has been due to Vaughn’s influence.

“It’s really fun running with Nadia,” Shute said. “We’re running buddies and it’s fun to chase each other down. We’ve made each other better and we’ve excelled together this year. It’s going to be hard losing her. Next year I won’t really have anybody to run with and nobody to look to run after. Nadia is so good and I can’t believe she’s going to be gone.”

Just behind Vaughn, was Pacelli freshman Kirsten Koopal, who took third with a time of 19:54. It was the first time Koopal has ever finished the 5,000 meter race in under 20 minutes.

Koopal played basketball with Shute this past summer and was excited to go against her summer teammate.

“It was fun to race against Marissa and have that friendly competition. Having the big schools and faster competition here for me today was a big deal. It helped me push harder,” Koopal said. “I’m excited for the section meet. Last year we didn’t have a state meet, but if we did, I would’ve missed it by a few seconds.”

Shute was well aware of Koopal in Tuesday’s race.

“Every meet we see each other at, it’s going to be back and forth between us,” Shute said of Koopal. “That’s how it was today. She’s an amazing young runner and she has a lot of potential ahead of her.”

Thomas Herrick was fourth for the Austin boys and Thomas Asmus was ninth.