Star Watch: A march of planets in November 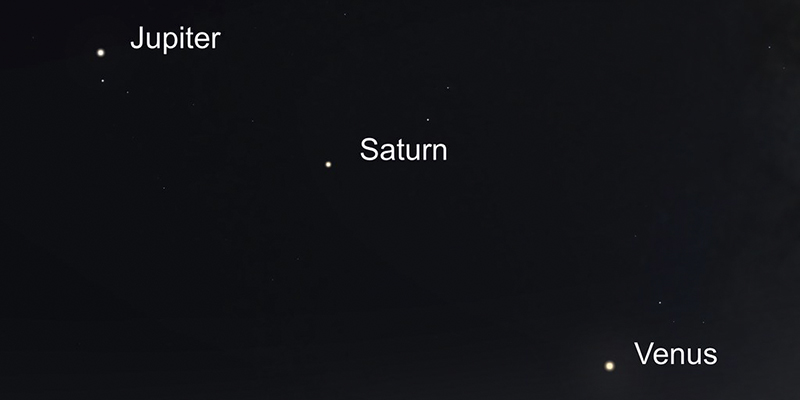 Watching November’s evening planets from night to night is akin to watching a slow-motion chase. Venus comes out in the setting sun’s afterglow and barely seems to budge all month long. But not so Saturn and brilliant Jupiter. After nightfall you can watch them close in on Venus as they head toward the horizon. 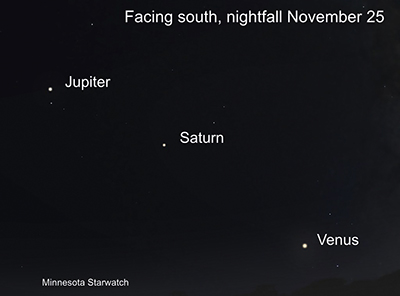 Will the two giant planets catch up to the brighter but much smaller Venus? Alas, no. Before year’s end, Venus begins a rapid drop from the evening sky, leaving Saturn and Jupiter behind.

In the morning sky, Mercury briefly appears very low in the east-southeast during the first few days of the month. On the 3rd, if you catch Mercury just as dawn starts to break, you may spot a very thin old moon above the planet.

The Leonid meteor shower is predicted to peak the morning of the 17th or 18th, but a nearly full moon will interfere for most of the night. November’s full moon rises in the afternoon on the 18th, with fullness arriving at 3 a.m. on the 19th. The full moon also undergoes a near-total eclipse, entering Earth’s umbra at 1:18 a.m. and exiting at 4:47 a.m. The maximum eclipse occurs at 3:03 a.m. That night the moon travels the sky followed closely by the Pleiades star cluster, with the panoply of bright winter stars bringing up the rear.

• Find U of M astronomers and links to the world of astronomy at: www.astro.umn.edu