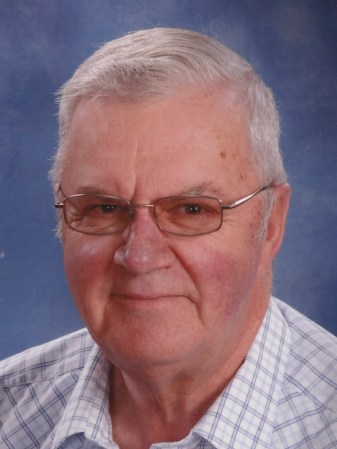 Ronnie M. Eastvold, of LeRoy, MN passed away at his home on Sunday, October 10th at the age of 79 years.

Ronnie was born in Austin, MN to Alfred and LaRae (Underdahl) Eastvold. He grew up in LeRoy and graduated from LeRoy High School.

He married LaVonne Turner on February 14, 1972. Together they had five children.

Ronnie started working at the DX Service Station in LeRoy in 1959 while he was in high school. Over the years the gas station evolved into a tire station where Ronnie worked as a farm serviceman and later manager and salesman. In 1968, he became a partner with Don Hanson in Hanson Tire Service, and later in 1983 went out on his own with his own stores. Hanson Tire Service was very successful and went on to become the largest farm tire business in the US. Ronnie spent 53 years in the business before retiring. Most would say that Ronnie was the service in Hanson Tire Service. He was very proud of all of his workers and he enjoyed going to work every day.

Growing up, Ronnie got a love of construction from his grandpa Julius. While in the tire business he also owned and operated Eastvold Enterprises which did road work and soil conservation for area townships and local farmers with his dad, Alfred, brother, Curtis, and other family members.

Ronnie loved traveling. He and LaVonne enjoyed many trips through Goodyear and with groups of friends, and they spent a lot of winters in their Arizona home. Ronnie also loved fishing (especially his trips to Leech Lake), golfing, camping, and collecting replica construction toys. He spent every morning having coffee up town with the men. Ron was a proud dad, grandpa, and great-grandpa who liked to keep an eye on what all the kids were up to.

Ronnie was very involved in LeRoy serving as a fireman for many years, on the board of the Root River Country Club, LeRoy Economic Development, member of LeRoy Lutheran Church, Rod and Gun Club, Pheasants Forever, Goodyear’s National Dealer’s council, and Commercial Club.

He was preceded in death by his parents and one great-granddaughter.

Memorials may be given to LeRoy Lutheran Church.