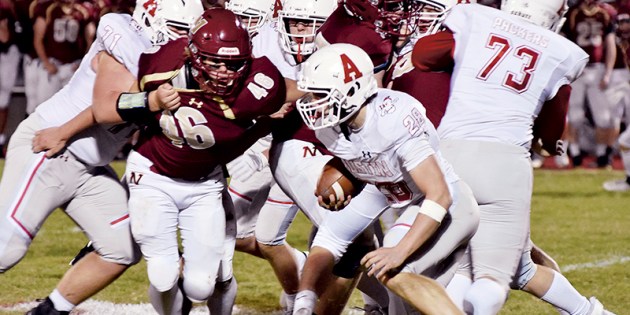 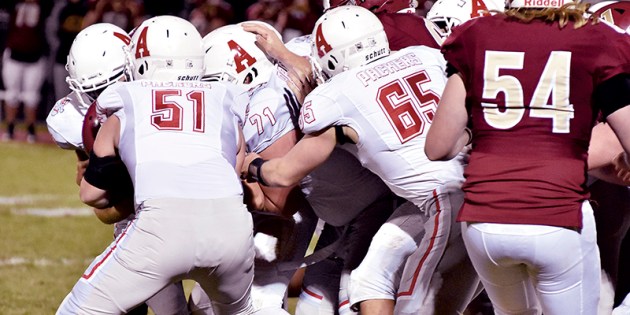 The Packer defense teams up to bring down a Northfield runner. Rocky Hulne/sports@austindailyherald.com 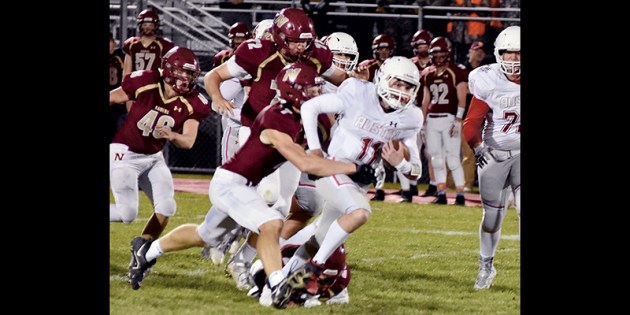 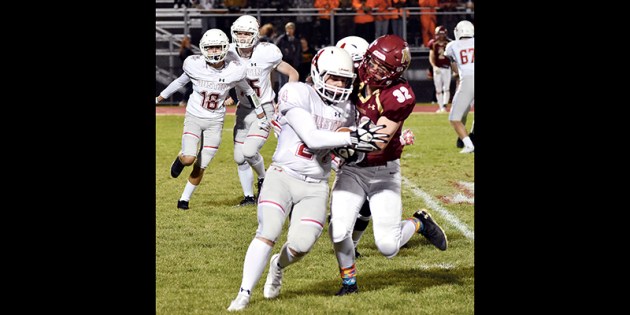 NORTHFIELD — The Austin football team dug itself into a big hole early as it was knocked out of the Section 1AAAAA Tournament after a 48-14 loss to No. 3 seeded Northfield in the quarterfinals at Memorial Field Tuesday.

The Raiders (4-5 overall) beat Austin 21-20 in the season opener, but they put up 21 points in the first five minutes of Tuesday’s contest.

“We came out flat and I don’t know if we thought they were going to roll over because it was close last time, but it was 21-0 before we knew it and all of the sudden we were in a hole we couldn’t dig out of,” Austin head coach Ed Schmitt said.

The Packers fumbled on their first play from scrimmage, they allowed Northfield to recover an onside kick and the Raiders had two TD runs of 75 and 46-yards in that opening stretch.

The Packers (1-8 overall) didn’t complete a pass and they had no plays for 10 or more yards in the first half.

Austin didn’t get on the scoreboard until Jack Lang broke off a 64-yard TD in the third quarter.

Schmitt was hoping for a better effort from the Packers, but he’s pleased with the work ethic the players showed this season.

“I thanked the seniors for laying another brick to our foundation,” Schmitt said. “I know our record didn’t show it, but I feel we’ve made progress in the program. We’ve got guys working hard, pushing each other and helping each out. I feel like that’s only going to help us in the future.”