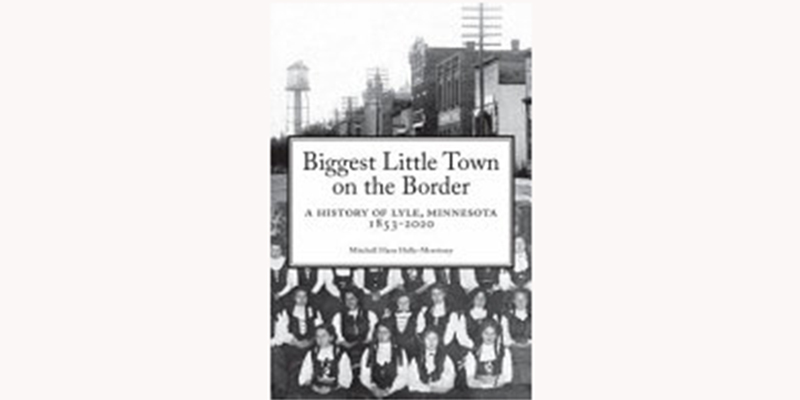 When Mitch Helle-Morrisey set out to write a book on the history of his hometown Lyle, he did so as a labor of love.

Now, his book “Biggest Little Town on the Border: A History of Lyle, Minnesota 1853-2020” will be a part of the collection at the Library of Congress.

“I was proud,” Helle-Morrisey said about learning his book had been accepted. “Writing a book about a town of 500 people is not going to make you famous. I put in a lot of work and time in this and it was nice to see it got accepted. As a non-writer, it felt like a good affirmation.”

Helle-Morrisey announced that the book was accepted by the Library of Congress on the Lyle Historical Society’s Facebook page last week. The book was assigned control number 2020446776, according to a letter shared on the LHS page.

In order to donate his book, Helle-Morrisey had to fill out an online form, which in turn was reviewed by a Library of Congress librarian. Once the book was accepted, Helle-Morrisey was asked to send two copies.

“When I finished my book, I didn’t want it to die away at some point in the future; I wanted to make sure it was broadly available,” he said. “One of the things I was trying to do with my book was make it repeatable and share some of the sources I used so that if at some point in the next hundred years, if someone else tries to take a stab at it, then they’ve got a good place to start.”

But for now, the history of the little town of Lyle will be preserved in the nation’s capital.

“I put a lot of work into making it a real book, so it’s nice to have that verified and know that a copy of this will live on,” Helle-Morrisey said.