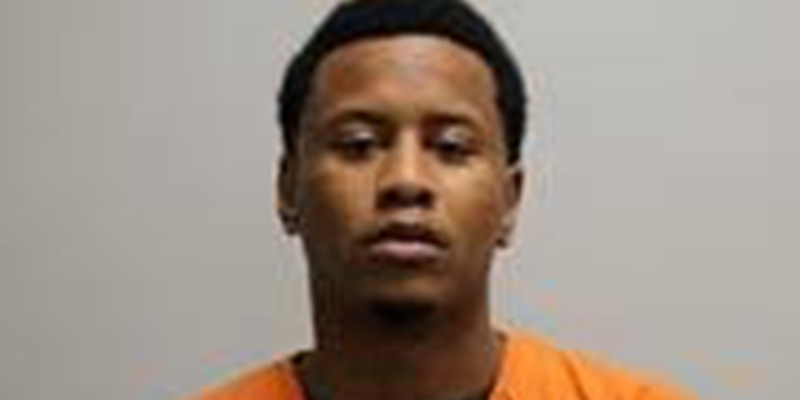 A suspect in the July 31 shooting death of 20-year-old Austin resident Tyesha Tahne Gills made his first appearance on Wednesday in Mower County District Court.

Court documents state that Austin police responded to a call of shots fired with one individual shot at about 1:56 a.m. on July 31 in the 100 block of 10th Street Northwest. Upon arrival, police located Gills laying on the ground in the middle of the living room with blood on her neck and chest. Police attempted to control the bleeding and conduct lifesaving measures until a Mayo Ambulance arrived and transported Gills to Mayo Clinic Health System-Austin, where she was pronounced dead.

It was determined that Gills had been shot in the upper chest area.

Officers noted a blue self-defense style taser that had blood on it in front of the couch near the area Gills was located. They also located a single 9 mm shell casing in the living room just inside and to the left of the front door.

A witness at the residence attempted to answer more questions, but was too emotionally distraught and left the area.

Police received a search warrant for the residence and processed the crime scene with the Bureau of Criminal Apprehension.

The witness later returned to the scene and said she was better emotionally and able to provide a statement. She indicated the shooter was a male nicknamed “Solid” and that his first name was possibly Me’Darian. She then showed a detective a picture from Facebook of “Solid,” whom the detective recognized as McGruder.

The witness indicated she and Gills were at the residence with McGruder and one of his male friends and had been joking and having a good time. While they were messing around, the witness stated that Gills was on the couch “zapping” her taser and playing with it and that McGruder had a gun out. The witness said she did not want anything to do with the taser or gun and decided to go to her room. She indicated that while she was in the living room, McGruder said, “Stop playing with me before I shoot you.” The witness believed McGruder was saying it in a joking manner, but as Gills continued zapping the taser, McGruder told her, “Okay, you going (sic) to keep playing, I’m going to pop your (expletive).”

The witness said she started walking away from them when she heard the taser activate followed by a gunshot. She then heard Gills say, “You really shot me,” and saw her fall to the floor. She indicated McGruder said nothing and left the apartment.

The witness informed police that McGruder’s friend who had been with them at the residence came to the scene after police arrived and that she felt intimidated by him. She believed he was there to watch her and tell McGruder if she spoke to police, and that she initially did not provide a statement because she believed McGruder would retaliate.

She described McGruder’s firearm to police. Police later obtained social media regarding McGruder, including a video from his Snapchat account showing a male believed to be him  walking and manipulating what appeared to be a blue colored electronic incapacitation device that matched the one located near Gills. The witness indicated McGruder took the video as they were walking to the residence.

A review of McGruder’s criminal record shows prior convictions for disorderly conduct and assault with a dangerous weapon.

McGruder will appear in court again on Oct. 18.