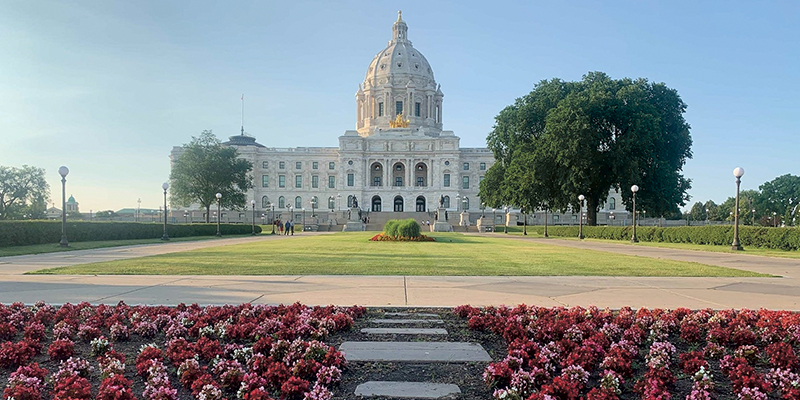 Minnesota revenue ran ahead of projections in the first quarter of the new fiscal year. Brian Bakst | MPR News

Minnesota government’s revenue shattered expectations again to the tune of $657 million more during the past three months, another signal that the Legislature will have plenty of money to work with in their election-year session.

The quarterly economic update released Monday covering July through September showed all tax types ran way ahead of projections and the combined total is 12.4 percent more than officials forecast back in February. Corporate tax receipts were nearly double what was expected.

The Department of Minnesota Management and Budget report said tax refunds across the categories were also lower than predicted. That could be a matter of timing, so the state’s finance agency says it won’t know if the pattern will continue until it crunches the numbers ahead of a full economic forecast this fall.

The state began a new fiscal year in July. It finished the previous one with revenues outpacing estimates by more than $2.67 billion.

The economic outlook for the rest of 2021 has tapered a bit due to the continued COVID-19 threat and supply chain issues, but the economy is still growing at a strong clip. A robust picture is expected again next year followed by a big downshift in future years.

Lawmakers already have an anticipated surplus and more than $1.1 billion in federal money to parcel out in the 2022 session. That begins Jan. 31 and is due to wrap up in May.