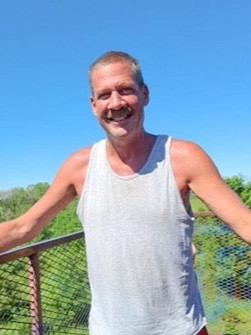 Jeffery S. Ellingson, age 55, formerly of Austin, passed away on Wednesday, October 6, 2021 at his home.

Jeff was born May 21, 1966, the son of Garry and Sharon (Weber) Ellingson. He graduated Austin High School in 1984 and received a certificate of Graphic Design from Austin Technical College. He served his country in the Minnesota Army National Guard.

Jeff acquired a printing business, naming it J&S Printing, in Chatfield, MN, and later moved it to St. Charles, MN.

Jeff enjoyed hunting, fishing and being outdoors, cracking jokes, and spending time with his family and friends. He was always willing to help anyone who needed help. He was a kind and loving person and will be greatly missed.

He is preceded in death by his infant brother, Mark Ellingson.

A Funeral Mass will be celebrated 3:30 pm on Thursday, October 14, 2021 at St. Augustine Catholic Church with Father James Steffes officiating. Friends may call one hour before the mass at the church on Thursday. Interment will be in Calvary Cemetery with military rites by American Legion Post #91 and V.F.W. Post #1216.