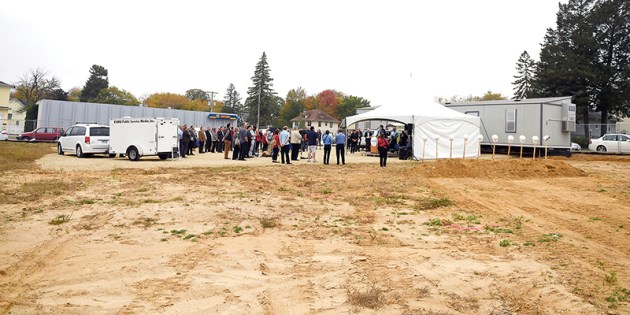 People gathered Thursday for a ground-breaking ceremony at what will be the new site of KSMQ in downtown Austin. Eric Johnson/photodesk@austindailyherald.com 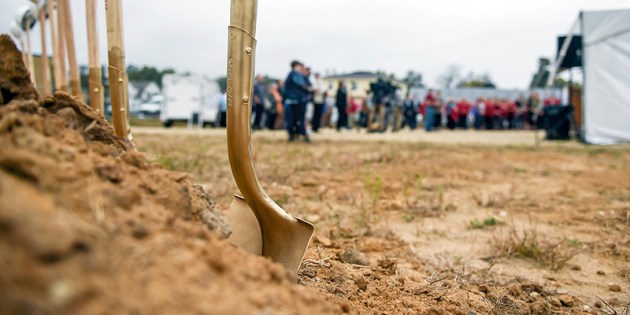 Shovels stick out from the ground during groundbreaking ceremonies Thursday morning at what wil be KSMQ’s new downtown facility. Eric Johnson/photodesk@austindailyherald.com 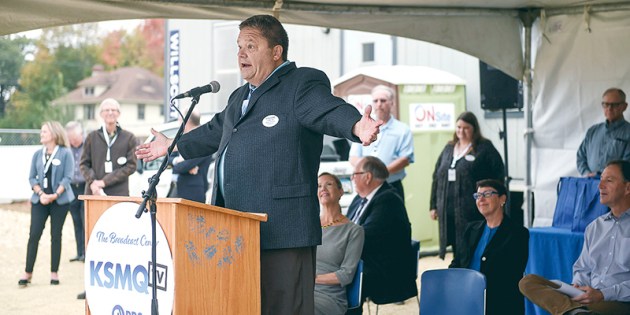 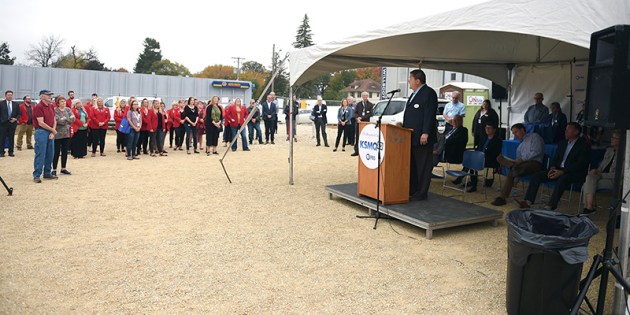 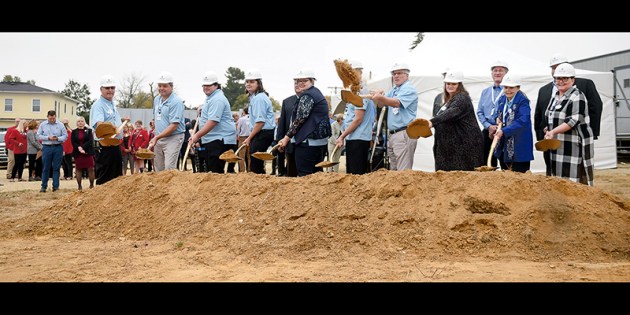 Expected to be operational near end of 2022

A groundbreaking ceremony was held Thursday morning at 107 East Oakland Ave., the location of the future KSMQ broadcasting facility.

On hand for the ceremony were KSMQ President Eric Olson, Austin Mayor Steve King, Rochester Mayor (and former state representative) Kim Norton, members of the KSMQ Board of Directors and members of the Hormel Foundation, to name a few.

“Having KSMQ as part of our community and their new location in downtown Austin is a sign of great things ahead,” said Austin Area Chamber of Commerce President Elaine Hansen. “This $5 million investment in the state-of-the-art broadcast center is a tremendous statement about the development of downtown Austin.”

“One word I was thinking about this morning is ‘trust,’” said Olson, who praised the efforts of all who made the new center possible. “It’s something we hope will grow in our region and our nation. People trust our programs, they trust the work we do in the community, as witnessed by this wonderful collaboration that is bringing us a state-of-the-art broadcast facility in downtown Austin, serving 700,000 people in 20 counties in our region. Anything we put on the air here highlighting Austin, everybody sees it around our area.”

KSMQ currently runs out of Riverland Community College’s Austin campus. The push to move it into downtown Austin has been several years in the works.

“The City Council wants to be responsible with the budget and there were some places that would have been cheaper, but they wouldn’t have been as impactful,” said King, who was on the Austin City Council when the council authorized the purchase of the Plunkett Building, which stood where the new facility will be built. “To have KSMQ build a nice broadcast facility in downtown Austin is absolutely amazing.”

In the Minnesota Legislature, Nelson and former Rep. Jeanne Poppe (DFL-27B) helped pass a bill in the State House to provide state funding for the facility. Former Sen. Dan Sparks (DFL-27) pushed the Senate version of the bill, receiving help from Sen. Dave Senjem (R-25), who signed on with the bill.

“I remember the morning Rep. Poppe and I went to (Olson’s) office and he laid out the vision for what he wanted to accomplish,” Sparks said. “It seemed a little bit overwhelming, but I said, ‘Let’s go for it.’ Certainly we did, and here is where we ended up.”

Once complete, the facility and grounds will be known as the Broadcast Center. The 10,200 square-foot building will house the studio and offices of KSMQ Public Television and associated ventures. Project management is being supplied to KSMQ Public Television by 45 North Group of Minneapolis. The principal architect is MSR Design of Minneapolis, and McGough Inc. is the general contractor.

Funding for the project is being provided by KSMQ Public Service Media, Inc., the Hormel Foundation, the State of Minnesota, the City of Austin, and individual members of KSMQ Public Television.

“The (Hormel) Foundation for a long time has been a big advocate of beautifying and improving downtown Austin and this is going to be such an exciting addition,” said Hormel Foundation Chair Jeff Ettinger.

The building is expected to be operational during the fourth quarter of 2022.

Olson hopes that having a downtown location will help raise KSMQ’s visibility and encourage more people to view the PBS and local programs the station offers. He also hopes the new broadcasting center will serve as a catalyst for better community understanding.

“I think it has become clear over these past few years that we need to do a better job of sharing our collective stories,” he said. “We have to find greater meaning in what unites us as a region and a nation. I think this broadcast center will be one great place to begin those conversations.”