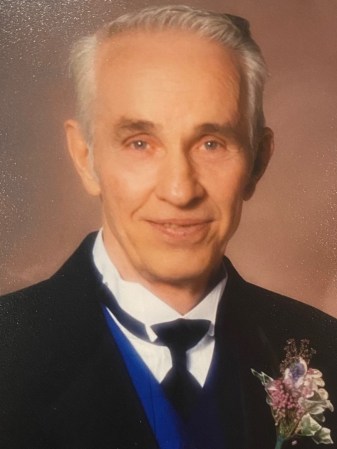 Charles George Burke, 82 of Brownsdale, MN died September 29, 2021, with loved ones by his side at the family farm near Sargeant, MN.

Chuck was born in Mankato, MN on January 3rd, 1939, to Charles H. and Doris (Roos) Burke. He grew up on a farm near Mankato and loved caring for his horses. Chuck also enjoyed playing football and wrestling in high school. He graduated from Mankato High School in 1956. He was united in marriage to Iva Lou Freeberg in February of 1959. The happy couple moved to Fridley, MN where Chuck worked as a machinist and foreman at Northern Ordinance Incorporated manufacturing weapon parts for the military. In 1965, Chuck and family moved to the farm in Sargeant, MN where they grew corn and soybeans, and raised beef cattle. In addition to farming, he worked full time at TEC Industrial in Rochester, MN as a machinist for many years. Chuck was a hard-worker and provider for his growing family of six children. He was on the Southland School Board for many years and was also a member of the Minnesota Corn Growers Association. One of the things that Chuck enjoyed most was attending his kids’ and grandkids’ sporting events. He was their biggest fan and would travel any distance to cheer them on! When Chuck and Iva Lou retired, they moved off the farm and into their current residence in Brownsdale, MN. They also enjoyed many winters in Mesa, Arizona close to family and friends. Over the years Chuck also enjoyed boating, waterskiing, bowling, and playing cards with friends. He was a faithful member and elder at St. John’s Lutheran Church of Sargeant. He loved watching the Lawrence Welk Show and any John Wayne Western movie.

Visitation will be held Sunday, October 3rd from 2-4pm at Worlein Funeral Home in Austin, MN. Funeral service will be at St. John’s Lutheran Church 28959 630th Ave, Sargeant, MN on Monday, October 4th at noon with visitation starting at 11:00 am. There will be a reception to follow in the fellowship hall. Interment will be in St. John’s Lutheran Cemetery, Sargeant. Worlein Funeral Home of Austin is assisting the family with arrangements. Condolences may be expressed to the family online at www.worlein.com.