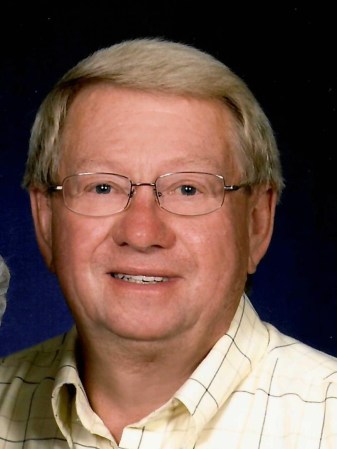 Following his honorable discharge Alan returned home and began what would become a 53 year career with Greenman HVAC. Alan kept up with new trends in his line of work and was proud to be of service to people in the community. He never did retire since he loved his work, and remained involved to the very end.

Alan was united in marriage to Mary Rachut on April 24, 1970 at Our Savior’s Lutheran Church in Austin, where he was a charter member.

Alan was active in organizations like Lions Club, where he enjoyed many parades in the go-carts. He also had a love for cars. He was a proud member of two car clubs, which allowed him to enjoy many outings, events, and good times with friends and fellow car enthusiasts. “The building”, where some of the vehicles are stored, gave him an enjoyable place to spend many hours polishing the cars to a sparkle.

Some of Al’s favorite times were at his lake home in Faribault, Minnesota. He spent countless hours driving the boat while pulling his kids, grandkids and their friends on water skis, tubes, knee boards, and visiting the sandbar and the beach.

Visitation will be held from 4 – 7 pm on Wednesday, October 13th at Clasen-Jordan Mortuary. A celebration of life is being planned for a later date.

Alan will surely be missed by many.