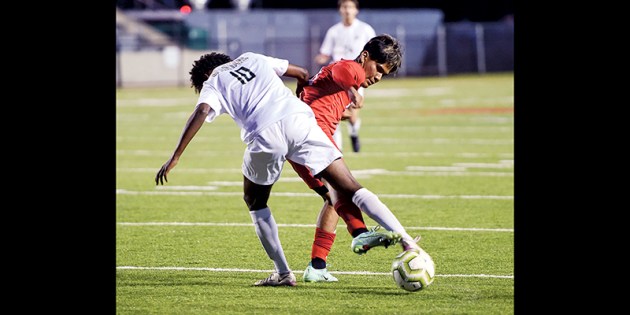 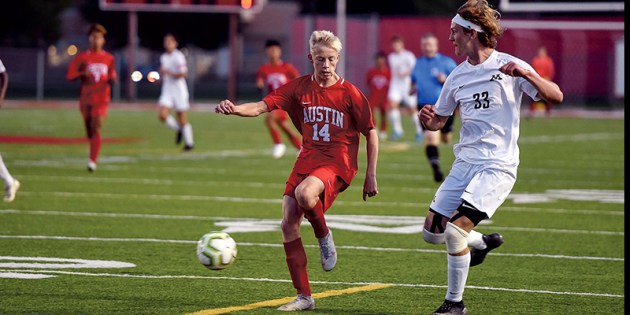 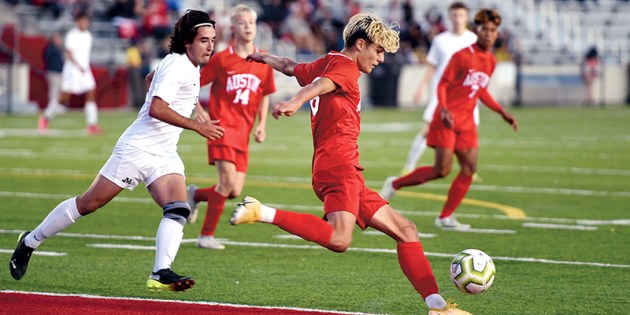 The Austin boys soccer team had its three-game win streak come to a halt when it lost to Rochester Mayo 3-1 in Art Hass Stadium Tuesday.

The Packers (4-4-3 overall, 4-3-1 Big Nine) struggled to get their offense going as Mayo’s defense kept them on the perimeter for much of the night. Austin didn’t have any shots on goal that came within 20 yards of the net.

Austin head coach Jens Levisen said his team wasn’t able to attack at the right angle to get past Mayo’s defense.

“I think there was more that we had to do,”Levisen said. “We could recognize that they were a solid defense, but we could see that they were giving some opportunities in the wing and we wanted to push that more in the second half. We weren’t able to take advantage of it.”

Trailing 2-1, Austin had a couple of chances to tie the game over an eight-minute stretch, but the Spartans put it away when Johnathan Sedarski scored with two minutes remaining in regulation.

The Packers pulled within 2-1 when Austin junior Por Htoo chipped one through from 30 yards out with 13:05 left

Austin’s first shot on goal of the night came seven minutes into the second half when Joe Ewing had a bender on a free kick stopped.

Adam McLellan-Cassivi put the Spartans (7-3 overall, 6-2 Big Nine) up 2-0 when he connected on a shot with 23 minutes left in the game.

The Packers were outshot 10-0 in the first half, but the game was scoreless as Dane Mitchell was effective in net. Mitchell finished with 14 saves and the Packers submitted six shots on goal.

Austin played much of the match without its top scorer Aidan Martinez, who sustained an injury early on. Kaleb Tedessee also missed time with an injury.

“With having Aidan and Kaleb go down so quickly, we’ve definitely got other guys that can play. We just had to keep going,” Levisen said.

The Packers have gone 3-1-1 in their last five games after losing three in a row.

“We’ve grown leaps and bounds from where we were and we had a couple of big wins last week,” Levisen said.