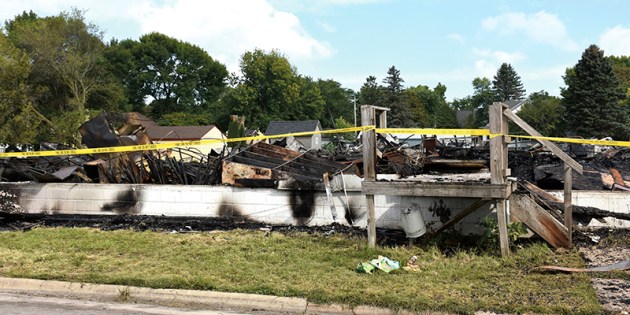 Tapemarks off the burned out remains of the Rohler Rink in Brownsdale. The Rohler Rink was destroyed by a late Saturday night fire. Photo by Michael Stoll/mike.stoll@austindailyherald.com 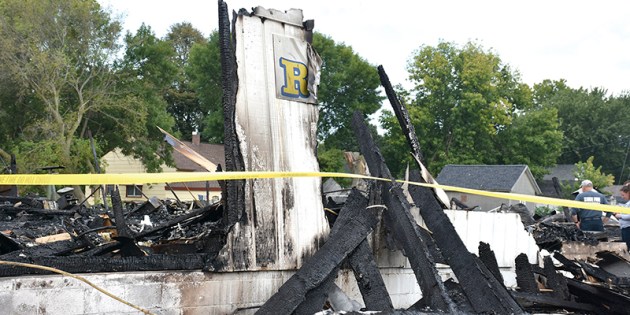 The Rohler Rink in Brownsdale was destroyed by a late night fire earlier this month. Herald file photo 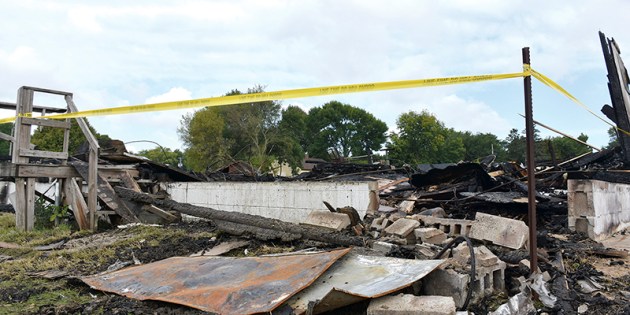 Cause still under investigation

The Rohler Rink in Brownsdale is considered a total loss after the building was consumed by fire Saturday night.

Upon arrival, firefighters observed that the southernmost portion of the building was fully involved.

The fire was extinguished at about 4 a.m. on Sunday; salvage and overhaul operations continued into Sunday morning.

Pike said the building and the contents within are a total loss, though the overall dollar value of what was lost is not known at this time. The cause of the fire is still unknown at this time and remains under investigation by the Brownsdale Fire Department, Mower County Sheriff’s Office and Minnesota State Fire Marshal’s Office.