Evie Mohrfeld: A peaceful river journey down the Rhine 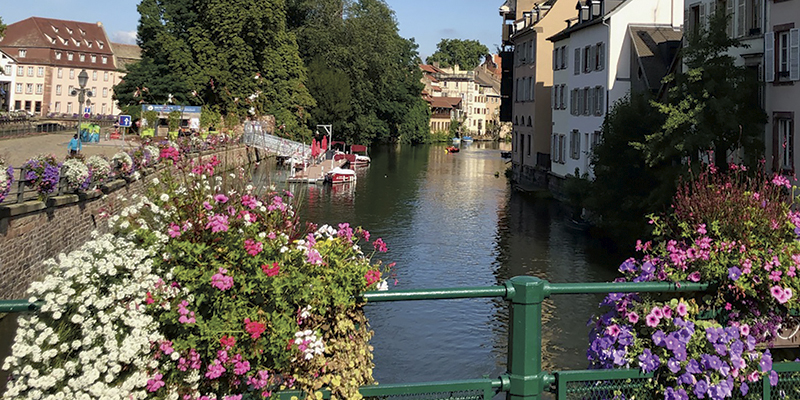 Fall has arrived and I hope you are enjoying the nice weather.

It has been three weeks since Evie’s Travel returned from our long-awaited Rhine River Cruise. We began our 11-day trip in late August on the Jewels of the Rhine riverboat cruise, which included the Netherlands, Germany, France and Lucerne, Switzerland. This cruise included seven nights on the Rhine River with the final two nights in the beautiful city of Lucerne. 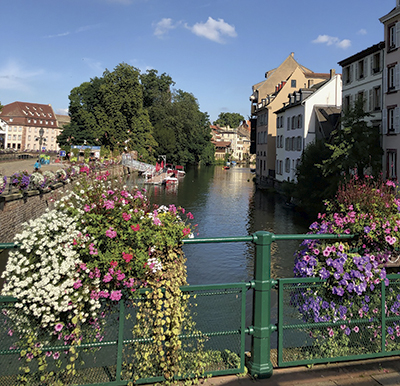 Departing from the United States, our overnight flight took us to Amsterdam, where we enjoyed the 700 year-old-city of picturesque canals and world-class museums. We had time to visit the Anne Frank House and explore the canals. Several chose to take a 16-mile guided bike tour through the countryside. The following morning, we were able to relax on a canal boat cruise through the medieval center of the city.

It was very evident early on that everyone in Amsterdam owns at least one bike. We learned to respect the bike lanes, as they claim the right of way.

It was seven nights on the Rhine until we reached Cologne, where this city claims fame to one of the oldest and most famous gothic cathedrals. We spent much time viewing the master workmanship.

Next we were off to Koblenz, Germany, a city of 2,000 in the spectacular Rhine Gorge. We passed by countless medieval castles and vineyards which line the shores of this section of the river.

Our next stop took us to the medieval town of Heidelberg, Germany. This was the home of the 1972 Summer Paralympics. Another charming area, we made use of walking tours of this medieval town and by motorcoach with local narrators, using comfortable and quiet Mercedes-Benz buses to transport us.

Bikes were also available with guides to ride around with us.

On day 7, we were docked across the river from Strasbourg, which is the capital of the Alsace region in France. Known for its medieval black and white timber-framed buildings, baroque sandstone buildings, canals and river locks, the city’s star attraction is the cathedral, which dominates the main square. This Catholic Cathedral of our Lady of Strasbourg is considered to be among the finest examples of Gothic architecture in Europe. The construction began in the year 1015 and was completed in 1439.

Europe’s natural beauty was all around us as we moved to our next adventure, which was the Black Forest, located in southwest Germany. This mountain chain was made up of fantastically formed trees. It’s also known famously for its Black Forest Cake, which dates back to the 1400s. A local chef demonstrated this heavenly chocolate cake of many layers for us, complete with layers of dark cherries and brandy or rum to spice it up between the layers. It’s topped off with some whipped cream. Each of us received a generous slice of this heavenly dessert. This is also where cuckoo clocks are handmade along with other German specialties.

The homes built in the Black Forest were very quaint and nestled in the hills.

The highlights of the trip were many as we were able to sit in the open-air, top level of the ship and watch the scenery, which was endless.

Along with the food, entertainment, lodging and great weather, it made us forget Austin and Minnesota a little bit.

We then disembarked from the ship and moved into Lucerne for our two-night adventure. We were all blown away again with the beauty of this city and the parks. The locals enjoy time on their manicured lawns and there are bikes all over town. Locals were waking and spending time strolling around the Reuss River, which flows through their city. We spent lunch time on the brick walls near the blue-green water. We took a gondola ride to the top of Mt. Pilatus, which has an elevation of 7,000 feet, which was a highlight of our stay.

All of us agreed that a return visit here would definitely be on our wish list.

We bid ‘auf wiedersehen’ to Europe and returned home with memories of our life-enriching experiences.