The Packer girls soccer team was on the defensive for much of the night as it lost to Red Wing 1-0 in Art Hass Stadium Tuesday.

Austin (0-2 overall, 0-1 Big Nine) mustered just three shots on goal as it struggled to get deep into the RW defense to create any big scoring opportunities.

“We were maybe a little bit too excited inside the 20-yard line and we hit the ball a little too hard. It went to them instead of us,” Austin junior Sarah Wangen said.

After a scoreless first half, it took just 43 seconds for the Wingers (1-3 overall, 1-3 Big Nine) to break into the scoring column in the second half as Sammi Chandler fed Tori Senty, who looped in a shot to the right corner of the net from about 15 yards out.

Austin head coach Jake Levisen wasn’t happy to give up the goal, but he liked how his team battled on defense throughout the night.

“The lone goal of this match could’ve easily been prevented and if we could’ve prevented it, it’s anyone’s ball game,” Levisen said. “We kind of switched things around on defense and I think the team really embraced that. I was really pleased with how they worked with communication. I’m really pleased with everyone across the board.”

The Austin defense stood strong throughout the contest and neither team scored in the first half. The Packers denied the Wingers on a couple of opportunities near the goal and junior forward Wangen showed strong alertness when she stepped in front of the net and saved a goal just six minutes into the game.

Mya Walters had 13 saves in net for the Packers, who have experience this year on the backside.

“On defense, we have three players who have played together for a long time,” Austin senior Megan Schultz said. “We know each other’s styles and it’s easy to work with each other. I think it really shows in our game.”

Levisen said the Packer offense could catch up with the defense as it gains experience.

“Our offense is very young and they’re starting to click,” he said. “As the time progresses, they’re going to be a good threat. Once the younger generation in the varsity ranks gets their confidence up, it’s going to be huge.”

The game was Austin’s first contest since it lost to Bryon 10-1 on Aug. 28. While the Packers didn’t compete against an opponent in that stretch, they did stay busy.

“I don’t know if we’d call it rest,” Schultz said. “We tried to stay on the field as much as we could. It’s really just a mindset thing and if we all come out wanting to win, hopefully we’ll be successful.” 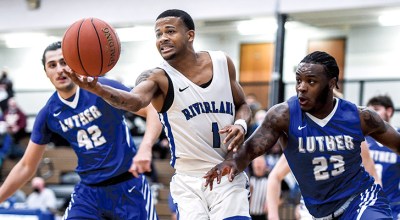